On Monday, Port Kembla welcomed back Royal Caribbean’s Explorer of the Seas.

Cruise tourism continues to surge in Australia as Cruise Lines Industry Association statistics from 2017 show almost 1.34m Australians or 6% of the population went on a cruise that year, 77% of which went on cruises in local waters.

Major cruise ports are recording major increases in cruise ship quantity, making the 2017-2018 cruise season the most successful one yet. The port of Newcastle welcomed 11 cruise ships last year, six more than the year prior, while the Port of Eden welcomed 15 cruise ships, up one from the previous year.

Port Kembla expects Norwegian Cruise Line’s Norwegian Jewel to pay a visit this December and the MSC Magnifica in March 2020.

The 4000 passengers and around 1000 crew members of Explorer of the Seas enjoyed live music and the markets of Wollongong’s art precinct and many other sights in the Illawarra region upon their arrival. 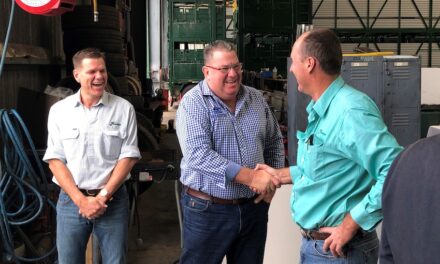 ‘Yarn in the yard’ to support the health of drivers