PORT of Brisbane and south Queensland have begun preparations for the impending arrival of Tropical Cyclone Oma, projected to hit the coast this weekend.

A tropical cyclone watch has been issued from the coast of Bundaberg, Queensland down to Ballina in northern New South Wales, with higher tides and dangerous surf already causing erosion.

In a statement for the Port of Brisbane, a spokesperson said the situation “remains dynamic”.

“The Port of Brisbane is supporting the Harbour Master in urging all Port stakeholders to initiate their extreme weather precaution plans,” the spokesperson said.

However, the port does not intend to stop all operations.

“Currently, there are no plans to curtail road and rail access within the port precinct, but the Harbour Master has advised there are likely to be delays to shipping and pilot boarding operations,” the port spokesperson said.

“Safety will always be our number one priority and all decisions will be made with this in mind, as we continue to monitor the situation.”

A Queensland Department of Transport and Marine Services spokesperson told Daily Cargo News that for Brisbane Port, the Mooloolaba and Moreton Bay anchorages were clear of ships and closed.

“Due to the high swell over Mooloolaba Bar intermittent interruptions to pilotage transfers are anticipated as sea conditions worsen, possibly starting as early as [Thursday] evening,” the spokesperson said.

“These impacts are expected from Thursday night through to Monday morning.”

Ships considered high risk due to large windage area are to be required to leave the port by Thursday evening.

Cruise ship visits are likely to be disrupted during the period, the spokesperson said.

Further north at Gladstone, the spokesperson said ships at anchor are being advised to prepare to depart the anchorages at immediate notice should conditions deteriorate.

“If vessels are directed to vacate the port they are to ensure they proceed to sea and not remain within the confines of the Great Barrier Reef,” the spokesperson said.

“The situation will be reviewed as further weather forecasts are issued.”

“The Bureau has issued a Flood Watch from Gladstone to the NSW border,” Mr Gunn said.

Although unusual, it is not unprecedented for a tropical cyclone to hit south-east Queensland, with Tropical Cyclone Nancy being the last cyclone to hit Brisbane in early 1990, going on to graze the coast of Byron Bay. 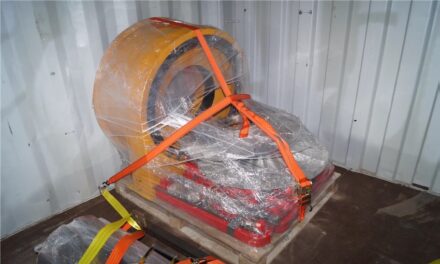