New electric trucks to be used by Toll in Japan. Credit: Toll Group

TOLL Group has announced it has taken possession of two new electric vehicles for its Japanese fleet, as part of its Toll Express Japan operation.

Built by Daimler Trucks, the light-duty electric trucks, or FUSO eCanters, are expected to be cleaner, quieter, more economical and environmentally efficient.

“Whilst electric vehicles can easily be integrated into our operations and handle freight effectively with positive feedback from our drivers, the main hurdle to date has been the economic case for them.”

The all-electric trucks are projected to save 16 tonnes of carbon dioxide a year.

According to Toll Group, the trucks have a payload capacity of three tonnes and its electric drivetrain incorporates six high voltage lithium-ion batteries, each storing 13.8 kilowatt hours at 370 volts.

The FUSO eCanter’s top speed is limited to 80kmh with a driving range of more than 100km on a single charge.

“The FUSO eCanters mark a significant milestone for us with the alignment of price, performance and the energy density of batteries in supporting adoption of this technology in Japan,” Mr Stokes said.

“We hope other markets will follow suit and we remain actively engaged with our partners towards incorporating electric vehicles into our fleet.” 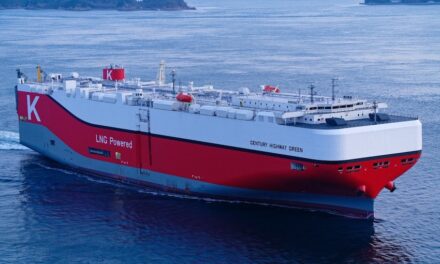