THE National Infrastructure Awards took place on 2 May at a gala event held in Melbourne with leading stakeholders from across the industry gathering to celebrate the winners of awards across ten different categories.

The oration was given by Avery Bang, president and CEO of Bridges to Prosperity, who talked about the value of developing infrastructure and connecting communities. Her organisation is a non-profit social enterprise providing isolated communities with access to essential health care, education and economic opportunities by building footbridges over impassable rivers.

The WestConnex Transaction in NSW was named Australia’s best infrastructure project for 2019.

“It is exciting to see the WestConnex Transaction win the Project of the Year Award as it is one of the most unique and complex M&A transactions in Australia’s history,” Infrastructure Partnerships Australia chief executive, Adrian Dwyer said.

“The WestConnex Transaction was a once in a generation deal for the people of NSW and will set the state up for years to come.

“The deal generated a remarkable $9.2bn for NSW taxpayers, enabling the NSW Government to turbocharge its already high levels of infrastructure investment.”

The sale of 51% of Sydney Motorway Corporation, the company delivering WestConnex, was conducted as a three-stage competitive trade sale process and attracted widespread interest from domestic and global investors and toll-road operators.

“The transaction was unique because it impacted almost every part of the infrastructure sector, across procurement, construction and financing, and represented a genuine partnership of private and public sector players,” Mr Dwyer said.

John Holland’s senior signalling project engineer, Simon Lehman was awarded the inaugural Future Infrastructure Leader of the Year Award. And, the director of program services and engineering at Major Road Projects Victoria, Alexis Davison was recognised for her leadership in the infrastructure sector.

“The Women’s Achievement in Infrastructure Award recognises a female in the sector who has consistently made a significant contribution to the development, construction or procurement of infrastructure and services,” Mr Dwyer said.

“Alexis has had a long and successful career in infrastructure over the last two decades. The Judging Panel were particularly impressed by Alexis’ strong leadership and mentorship of other female engineers.”

A complete list of winners can be accessed here. 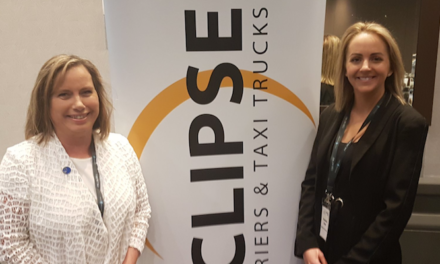