“The Cairns Shipping Development is the key to unlocking a whole new tourism and jobs market for the Far North,” Mr Healy said.

The vessel is to remove soft clays from the channel, which then will be delivered to a facility 3km offshore and pumped along an 8km pipeline to the Northern Sands mine.

Dredging is set to take 12 weeks and be completed mid-September, with second dredge Woomera scheduled to join the works in late July.

The 65metre Woomera is to be used to remove the stiff clays from the channel.

Transport minister Mark Bailey said the Cairns Shipping Development would mean cruise ships up to 300metres would be able to enter the Cairns Port.

“With dredging well underway, we’ll see wharves one to six also get an upgrade in coming months,” Mr Bailey said.

The project is to enable future expansion of the HMAS Cairns Base by relocating the current cargo swing basin and improve port efficiency by allowing bigger cargo and other ships.

Balder R is owned by Danish company Rohde Nielsen. It was specially designed to work in shallow water around the world and is considered one of the most versatile vessels of its kind.

Built in Germany in 2011, Balder R is 111.30metres in length overall, with a breadth of 19.40metres and has a 6000 cubic metre carrying capacity. It arrived in Cairns on Monday. 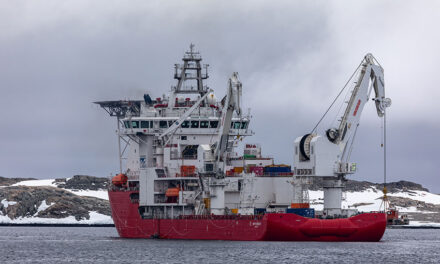