INCREASED beef exports were a contributory factor in record exports (by value) from Queensland, according to the state government.

Trade figures released this week by the Australian Bureau of Statistics show Queensland’s overseas goods exports hit a new 12-monthly record (in terms of value)  of $85.8bn to May 2019 – up more than 16% on the same time last year.

The increase in the nominal value of Queensland’s merchandise exports was said to have been driven primarily by exports of coal, LNG, minerals – and beef.

“Our commodities, from LNG to beef, are delivering valuable export dollars to Queensland and supporting thousands of jobs across the state,” Premier Palaszczuk said.

“Queensland continues to have a strong, diverse and resilient economy which is why our trading partners want to do business here.”

Figures from Meat and Livestock Australia show Queensland has the largest cattle herd in the country (more than 11m in June 2017), while Australia was the third-largest beef exporter in 2017 after India and Brazil.

Ms Palaszczuk said strong export growth in the year to May meant new 12-monthly records had been set for each of the past 14 straight months.

According to figures supplies by the Premier’s office, export prices for Queensland coal and liquefied natural gas have increased markedly over the past few years, driving the total value of Queensland’s goods exports higher.

The value of Queensland’s cotton exports rose 15.1% on the previous year to $1.2bn, while crops exports were $898m, which was lower than the 12 months to May 2018, mostly due to a fall in chickpea exports. 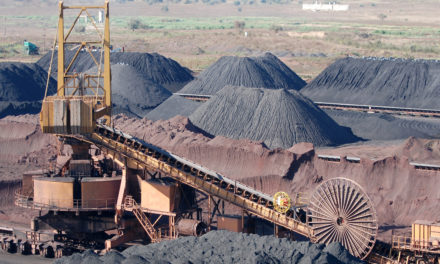