I RECENTLY had the privilege of being invited to participate in the Pacific Connect Dialogue on Freight and Logistics workshop held in Honiara, Solomon Islands. Pacific Connect, managed by the International Centre for Democratic Partnerships, is a program funded by the Australian Department of Foreign Affairs and Trade which operates across our Pacific neighbours and is designed to bring together small groups of Pacific Islanders and Australian equivalents to network and explore opportunities.

Past experiences
My previous visit to Honiara occurred in the 1970s when I was a young deck officer on board the Shell tanker MV Katelysia delivering jet fuel and petrol. My only memory is a visit to the Point Cruz Yacht Club (next to the port) where the expats used to congregate. Forty years later the expats have moved to more upmarket establishments and the yacht club has seen better times.

Pacific Connect has held a number of dialogues in Papua New Guinea, Fiji, Tonga, Samoa, Solomon Islands and Vanuatu. The primary engagement between Australia and the Pacific is ‘first track’ diplomacy which is necessary and important for formal policy dialogue and relationships. A less formal approach, as undertaken by ICDP, can assist in forging genuine long-term relationships between Pacific and Australian current and future leaders. The program was established to leverage existing connections, assets and expertise for new development opportunities.

Honiara Dialogue
One of the aims of the Honiara Dialogue was to consider the opportunity for providing a ‘less than container load’ freight service out of Honiara using one of the regular shipping lines so smaller (mainly agricultural) exporters can reach overseas markets for products such as cacao and copra (dried coconut kernels). Currently the only way to reach export markets is by ‘full container load’ as there is no facility available to co-load and pack a container. Most agribusinesses are small operators and filling and funding an FCL export container is too big a task for them.

Dialogue participants
Another topic was how improved ICT connectivity could assist in efficiency and profitability for small businesses in the SI. It is expected connectivity to the SI and other Pacific countries will be improved dramatically when the Australian-funded 4000km undersea telecommunications cable between SI, PNG and the Australian mainland is completed in 2020. One of the participants in the workshop was the Solomon Islands Port Authority chief executive Eranda Kotewala who has previous port experience at Fiji Ports Corporation and in Sri Lanka. Other participants from Australia, SI and Fiji included those experienced in IT connectivity in the Pacific, tech start-up owners and representatives of agribusinesses, freight forwarders and finance.

Exports from Honiara
At a networking dinner the night before the workshop, Jeremiah Manele, SI minister for foreign affairs and external trade, gave the keynote address with senior representatives of the Australian High Commission in Honiara in attendance. The following day a lively discussion took place on the challenges and opportunities in establishing a regular LCL container shipping service from Honiara. One of the outcomes was to hold a forum inviting stakeholders to investigate what is required to make exporting LCL containers from Honiara a reality.

A tour of the port
After the workshop I visited Honiara Port and was shown around by the CEO. Solomon Islands Ports Authority controls two international ports, Honiara and the Port of Noro, which is on one of the 800 outlying islands to the north-west of the island of Guadalcanal where the capital Honiara is situated. The total population of the SI is about 700,000 people.

The approach to Honiara is through Iron Bottom Sound where large numbers of Japanese and US Navy vessels and aeroplanes were sunk or shot down during WW2 and now provide a diving paradise. The war is remembered by a large US-funded memorial.

Frozen fish
The total annual volume of containers through both ports is about 40,000 TEU, the majority of which is through Honiara. About 3000 TEU is shipped via the Port of Noro, comprising mainly ‘super freezer’ FEUs full of hard frozen tuna for export to Korea and Japan. Maersk has invested heavily in this trade and picks up about 100 containers from Noro each vessel visit. Container throughput in Honiara is concentrated on imports and repositioning of empty containers. Four from five containers are empty, a problem also experienced in Australia where 25% of the total container throughput is empty containers. Rice is one of the main imports with large shipments arriving from China, Indonesia and, to a lesser extent, Australia.

The port allows for 10 days free storage on import containers, consequently the dwell time is more than 15 days. This is exacerbated by there being no ‘off wharf’ for empty container storage so all empty containers are returned directly to the wharf after being unpacked.

Regular callers
Shipping lines which regularly call at Honiara are Swire Shipping, Maersk, NYK, Pacific Direct Line, Sofrana ANL and Neptune Pacific Line. Besides container vessels Honiara handles tankers which load palm oil (in bulk) for export to Europe, some bulkers and a small number of cruise vessels. Bulk bauxite is the other main export earner for the SI with bauxite mines on a number of small islands. However, the recent grounding of the bulk carrier MV Solomon Trader, which had been loading bauxite from Rennell Island when it ran aground on a coral reef dented export revenue for the government. The ship-grounding resulted in an oil spill in a UNESCO declared area.

Honiara has two berths: a 50-year-old berth and a more modern berth which can service vessels up to 260 metres in length and a draft of 12.5 metres. The new berth, completed in 2016, was funded by the Japanese government, who has been a major contributor to infrastructure projects in the SI over the years. Berth availability has improved dramatically since the new berth was opened and occupancy is currently about 30 to 40%. However, increasing container volumes and long dwell times pose a challenge on the landside.

Inter-island ferry at Honiara
The terminal operating system at the international container terminal is still predominately a hands-on paperwork driven system where shipping line representatives, custom brokers and truck drivers gather in a central office and pay container storage, customs duties etc. with cash and/or cheques before being allowed access to the import container terminal. Once the container is cleared the job is given to a waiting truck driver and the container is loaded onto the truck. Truck turnaround time is relatively short once the container is cleared for pick-up. Some 90% of the truck fleet is fitted with so-called ‘sideloader equipment’, which can independently lift containers on and off the truck, and which are a necessity, as most businesses in the SI do not have any container lifting equipment.

Port operations
While wages in the SI are low (i.e. a stevedore might earn A$3500 per annum) the container tariff schedule is relatively steep with about $200 for a TEU container discharge/load and more than double that for a FEU container discharge/load. An interesting tariff item is ‘looking for a lost container’ which is about $90 within Honiara and $130 for a wider search. The port authority employs about 500 people and a ship’s gang consists of 70 people. Gangs work 12-hour shifts (8am until 8pm and 8pm until 8am) with two breaks in the shift. Production is about 15 containers per hour using ship’s gear. There are no shore cranes in Honiara Port. Usually ships are in port for about 36 hours with few delays in getting onto a berth. Kalmar forklifts and reach stackers are used to move containers around the port and all containers for export are cleaned and washed.

Final thoughts
The port authority previously lost money due to mismanagement but has turned the corner and is hoping to use its profits to modernise its practices and invest in equipment and infrastructure. Hopefully the proposed LCL project will help. Combined with the new terminal operating system and improved ICT connectivity once the new undersea cable is completed, the future is looking bright for SIPA and the people of the SI. 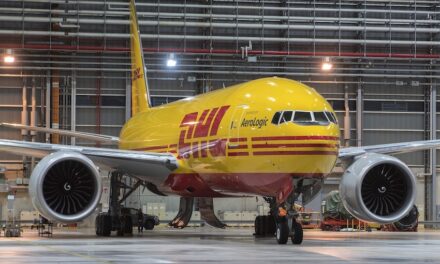