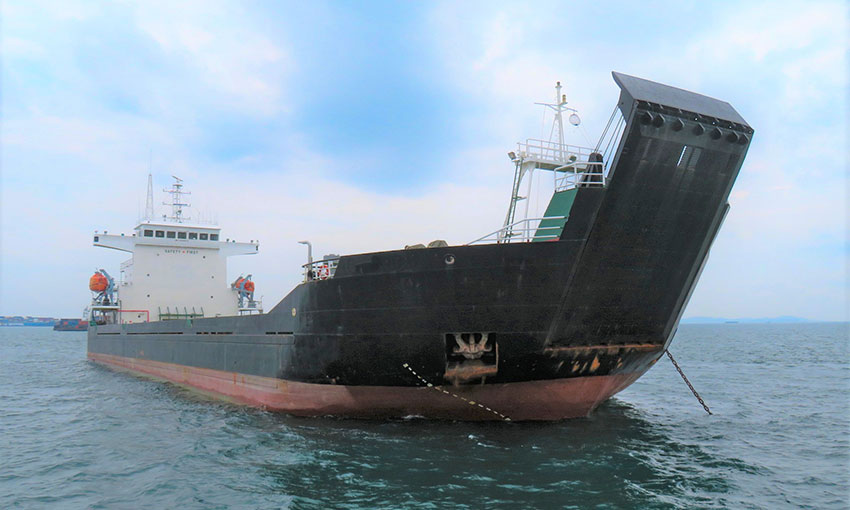 THE FIRST voyage of Sea Swift’s international service connecting the Pilbara and Singapore is complete, with the 99-metre vessel Karratha Bay arriving in Dampier from Asia.

The vessel will complete two nine-day sailings per month between Dampier and Singapore.

Sea Swift acting CEO Lino Bruno said the first operational trial which saw Karratha Bay arrive in Dampier from Singapore over the weekend had been a success.

“The service is based on a regular scheduled roll-on, roll-off freight operation model, which is unique to the Pilbara region,” he said.

“On arrival for the first time in Dampier, the vessel ro-ro ramp to the berth proved to be an excellent fit and was successfully trialled with road haul on-board, while the berthing arrangement is also highly suitable for high and heavy ro-ro cargo on any tide.

“The vessel then backloaded pipe for the Middle East via Singapore, which was the first use of the new interline cargo system connecting Dampier to the rest of the world.”

Mr Bruno said the new service marks a significant milestone for Sea Swift, opening the door for increased trade and services across the region.

“Servicing the area directly with a liner service will not only reduce the time and cost of doing business in the region, but importantly, will significantly reduce the carbon impact on the existing supply chain by shortening the supply chain and reducing multiple handling steps,” he said.

“Sea Swift is not only highly experienced in serving remote communities, but we are also a highly-experienced ro-ro ship operator.

“The ro-ro service is preferred because it can operate both containers and break-bulk cargo efficiently and achieve fast port turnaround times, which is essential for a direct international service like this.”

“Qube looks forward to a long and successful relationship with Sea Swift, and becoming a vital cog in the supply chain connecting Dampier to the world markets.” 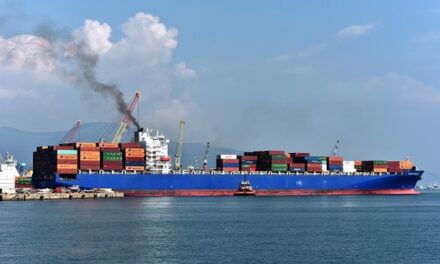