MBC officers retrieve an ocean research glider that failed to return to Christmas Island after its battery failed. Photo: ABF

AN UNMANNED ocean research glider and a potentially dangerous fish aggregation device have been recovered by officers from Maritime Border Force Command, a taskforce within the ABF.

Earlier this month, MBC received a request to help finding an ocean research glider that failed to return to Christmas Island after its battery failed.

The glider was being operated by the Centre for Ocean and Atmospheric Sciences at the University of East Anglia to investigate ocean-atmosphere interactions contributing to severe weather in the region.

ABFC Cape Nelson searched the area and found the glider floating on the surface about 15nm north of Christmas Island. The glider is to be returned to the Centre for Ocean and Atmospheric Sciences to enable its research to continue.

Several surveillance aircraft had sighted the 400kg, three-metre long object and HMAS Albany was tasked to recover it and hand it over to AFMA contractors in Darwin for disposal.

“Both these objects posed potential risks to vessels travelling in Australian waters and, of course, the research glider holds important scientific data. I’m pleased we have been able to resolve both these issues.” 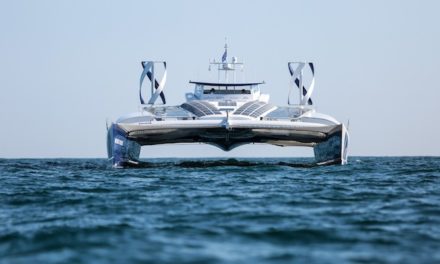