ON 27 January, IMO secretary-general Kitack Lim and WISTA International president Despina Panayiotou Theodosiou were joined by numerous dignitaries to sign an agreement with the goal of developing synergies between the two organisations.

The MoU outlines how WISTA will play an important role in helping IMO further its reach to women in the maritime industry. It details WISTA’s efforts to support the overarching principles in IMO’s Strategic Plan 2018-2023, especially the promotion of gender equality and the empowerment of women through four joint activities.

Four key areas of activity are outlined in the MoU. First, to look for opportunities to partner on maritime issues; which may include organising workshops or speaking on panels at annual conferences or other events and endeavouring to make panels diverse.

Second, to promote greater engagement for women in maritime, among IMO members, the broader ocean business community, ocean stakeholders and the public.

Third, to develop and participate in relevant training, workshops, among other business related to their areas of mutual interest. And finally, to support implementation of Assembly Resolution A.1147(31) on Preserving the legacy of the World Maritime theme for 2019 and “achieving a barrier-free working environment for women in the maritime sector”.

In addition, WISTA and the IMO agreed to ten areas of collaboration, including a joint international study to collect and analyse data on the number of women employed in the maritime sector.

These areas of cooperation leverage WISTA International’s observer status at IMO as an opportunity to promote industry leadership and cooperation on gender equality, diversity and inclusion.

Other areas of collaboration include: the creation of a database of female experts on maritime subjects, to bring these experts to IMO partnership conferences and activities, to strengthen the co-operation between women in maritime associations to participate in each others events, working groups, task teams, and other activities, to identify and establish industry partnerships. 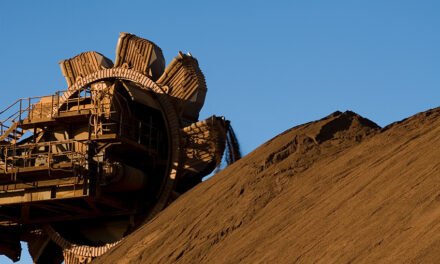