ABOUT 50 staff are expected to work from a new Australian Maritime Safety Authority office at Coffs Harbour.

Deputy Prime Minister Michael McCormack made the announcement during a visit to the picturesque coastal township this week.

“The Australia Maritime Safety Authority is going to have a regional headquarters in Coffs Harbour,” Mr McCormack said.

“It’s a fantastic decentralisation story. We need to move some of these jobs, a lot of these jobs into the regional areas, particularly AMSA, the authority for the maritime safety, particularly moving it out of Canberra where I don’t see too many ships and moving it to a place on the coast.

“What better place to have this than Coffs Harbour? It’s an important move. This move by AMSA is not just going to benefit Coffs Harbour.”

He indicated similar moves were afoot for for Port Hedland, Karratha and Geraldton in Western Australia and Mackay and Gladstone and Airlie Beach in Queensland.

Mr McCormack’s announcement was interrupted at one point by a group of protesters opposed to the Adani company’s plans for a coal mine in north Queensland.

AMSA chair Stuart Richey told DCN the authority always would be based in Canberra.

“AMSA will always have the head office in Canberra but we did have gaps in our regional network – from Newcastle our next [office] was in Brisbane.

“So Coffs was a natural fit for that as a port,” Mr Richey said.

“For us it made perfect sense.”

Mr Richey said they planned to have the Coffs Harbour office open in at least six months, possibly in as little as four or five months. 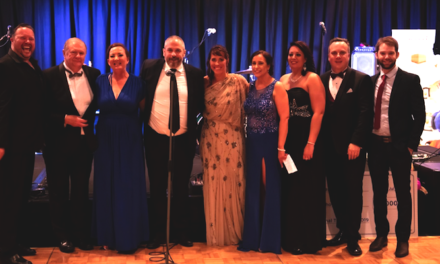