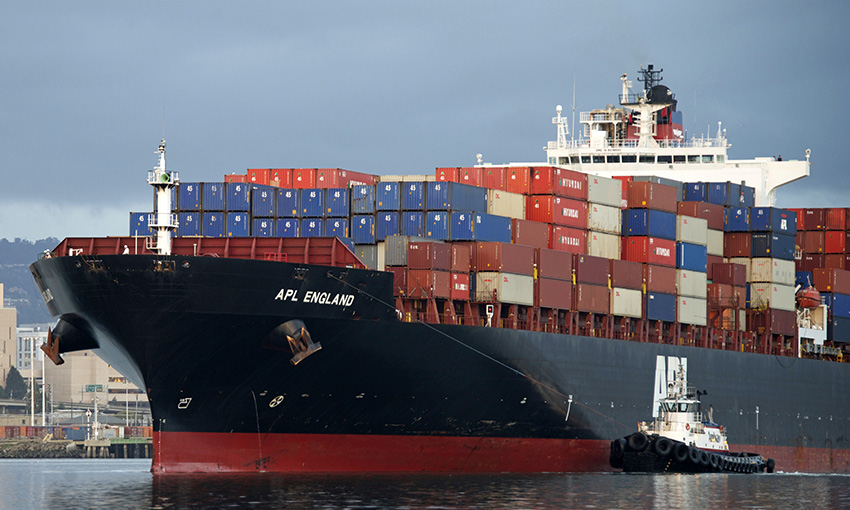 ANL is talking up progress with cleaning up coastal areas affected by the containers that fell overboard from containership APL England on 20 May.

According to the company, all containers or container parts have now been removed from Birdie Beach with reports of minimal debris on other impacted beaches as of 2 June.

“We are working closely with all relevant authorities and are taking this task head on. It is great to know that we have this beach now clear of containers, but we will not rest until the broader clean-up is done,” said ANL chief executive Xavier Eiglier.

Meanwhile operations have been underway to remove the five containers that washed on to rocks at Bateau Bay.

“We are focusing on minimising the disruption to the community and to the environment. We have engaged the very best people to help us ensure the job is not only done, but is done well, and we are totally committed to this task,” Mr Eiglier said.

Some 20 separate debris recovery teams have been deployed by ANL to inspect and clean impacted beaches along the New South Wales coast.

According to ANL, since the incident, 45 beaches have been inspected and cleaned along with continued monitoring.

“It is incredibly important to us, as a long-established shipping company that has been successfully servicing Australia for many years, that we do our best to clean up the debris from these containers that unfortunately fell into the ocean,” Mr Eiglier said.

“We have initiated action as quickly as possible to ensure the swift collection of the debris.”

The APL England incident saw 50 containers fall overboard with more than 70 others on the ship incurring damage. The ship has since been detained at the Port of Brisbane and the master is facing charges.