Travis Brooks-Garrett is to take on a new role. Credit: FTA

AUSTRALIAN Peak Shippers Association secretariat and board member Travis Brooks-Garrett has been elected to the board of the Global Shippers Forum.

In a move billed as a boost for Australian importers and exporters, Mr Brooks-Garrett (also a director of the Freight and Trade Alliance, has been elected to serve a three-year term.

The GSF is based in London and is the peak body for leading national and regional trade and transport organisations.

“While my election to the Board is a personal honour it’s far more important that Australia, a nation so utterly dependent on international trade and the efficient transport that facilitates it, now sits on a global body dedicated to influencing regulatory developments impacting on international freight transport and the policy decisions of governments and international organisations as they affect shippers and receivers of freight” Mr Brooks Garrett said.

“APSA and FTA co-hosted the GSF’s annual general meeting and very successful global conference in Melbourne in May this year – a first for the Southern Hemisphere – and I believe international members were able to see first-hand Australian importers’ and exporters’ support for our effective, persistent and committed efforts on shippers’ behalf.”

GSF director and secretary-general James Hookham said the other directors of the forum welcomed the support of the Australian Peak Shippers Association in nominating Mr Brooks-Garrett to serve on the GSF Board.

“Travis’ in-depth knowledge of trade procedures and understanding of the shipping markets will greatly assist the Board in setting the direction and strategy of GSF to achieve the outcomes sought by its members,” Mr Hookham said. “We look forward to working with him.” 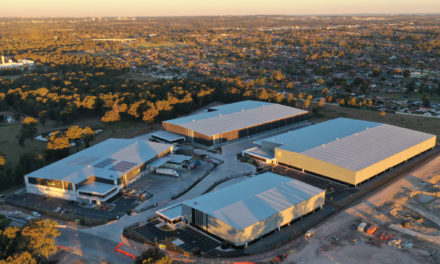