A NEW workplace agreement is expected between DPWA and the Maritime Union by the end of the month.

“We anticipate being able to finalise an agreement at DP World Sydney in the coming week. We’re encouraged with the progress we made this week in Sydney,” Mr Adam said.

The union issued a statement hailing what it called a “breakthrough” in negotiations, having last week suspended industrial action at the terminals as a show of “good faith”.

“By meeting together this week to bargain in good faith, DP World Australia and the MUA have been able to achieve a significant breakthrough, reaching an in-principle agreement that both sides hope to finalise by the end of this month,” Mr Crumlin said.

“After two years of difficult negotiation, this is a significant breakthrough that will provide industrial certainty at Australia’s largest container terminals.

“We are currently working with the company to turn this in-principle agreement into a final document that will lock in fair and productive outcomes for workers and the company over the next four years.”

Mr Crumlin said efforts during the past week showed that when both sides sat down “in a mature fashion”, results could be delivered.

“This breakthrough outlines a path for other stevedoring companies to resolve outstanding issues, rather than beat up public anxiety in an effort to drive political agendas or attempt to gain unfair and cynical leverage in negotiations,” he said.

“We remain committed to delivering increased and demonstrated best practice productivity on the waterfront, but only as part of a social contract with the workforce that delivers improved conditions and a shorter working week.” 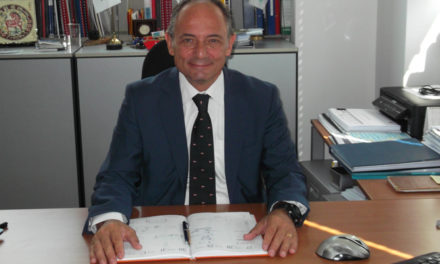