THE Port of Brisbane’s CEO Roy Cummins spoke at ARUP’s Brisbane Alive event on 8 August, about the future of freight movement around Brisbane. He also touched on the need to connect Inland Rail to the port.

“What sets south-east Queensland apart is our lifestyle, our people and our communities,” Mr Cummins said.

“We can’t allow the liveability of our region to suffer through ever-increasing congestion and everything that goes with it, more dangerous roads, noise, increased emissions, slower travel times, increased costs for road maintenance that could be invested elsewhere.”

Mr Cummins made the point that as the population increases, so too does the freight task and the number of trucks on the road.

Currently only 2% of containerised freight travel through Brisbane via rail. Globally the standard is between 20% and 30%.

“We need to get more freight off the road and onto rail,” Mr Cummins said.

“At the moment, we have over 1.3 million containers of freight moving through our Port. That equates to almost 4 million truck movements on our roads.

“That’s 13 million truck movements on our roads…. More than triple the number today…. the same roads south-east Queensland families drive on every single day,” he said.

Even if today’s modal share was shifted to 12%, that would mean over 400,000 less truck movements per year.

“We are facing a flood of trucks and heavy vehicles on the streets of Brisbane. If we don’t act now, our major motorways and even many suburban thoroughfares are at risk of becoming truck carparks,” Mr Cummins said.

He also said that the port must connect with Inland Rail via a dedicated freight rail connection if Queensland is to maximise the benefits of Inland Rail.

“A dedicated freight rail connection has already been acknowledged by all levels of government as a key priority through the SEQ City Deals proposition, and it is viewed by industry as a game-changer for the Queensland economy,” Mr Cummins said.

“But its greatest benefits will be for the community – thousands more jobs, safer roads for all commuters, less congestion and less emissions.” 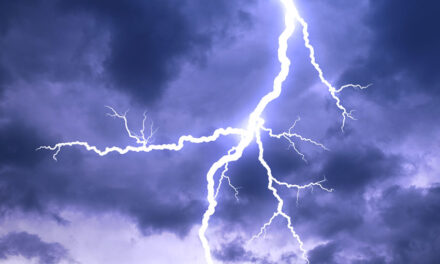