MORE than one tonne of MDMA (ecstasy) has been seized and five people charged in relation to its importation and intended distribution.

Three men were arrested in Sydney on Tuesday, while another two were arrested last Friday, following an investigation by federal and state law enforcement agencies

The men arrested yesterday are scheduled to appear before Sydney Central Local court this morning to face a range of criminal charges.

The MDMA was seized after Australian Border Force officers detected anomalies within a shipping container from South Korea on 11 January.

An examination by the ABF found several pallets laden with 648 plastic tubs labelled as tile adhesive.

Within 176 tubs of adhesive were bags of a powder each tub contained about six kilograms of MDMA powder.

The total weight of the substance from the shipment was 1,053kg.

AFP Eastern Command began a joint investigation with the ABF and identified the shipment was to be delivered to a storage facility in the inner Sydney suburb of Camperdown.

AFP officers began a controlled delivery operation, starting with the substitution of the MDMA powder.

The container was delivered to Camperdown on 29 January 2020, where a 27-year-old Canadian national took delivery and unpacked the consignment from the container.

It will be alleged in court that during that the two men periodically travelled into Camperdown to extract portions of the substituted powder from the consignment and prepare it for further distribution to Australian-based customers.

Investigators collected evidence of multiple meetings and alleged handovers of the substituted MDMA between the two Canadian men and a 29-year-old from Hong Kong who lived in Kingsford.

It will be alleged in court that this Hong Kong man was responsible for distributing the shipment to other people in Sydney for eventual sale on Australian streets.

On Friday, 28 February 2020, members of the AFP raided premises in the Sydney suburbs of Carlingford, Wentworth Point, Cabramatta West, and Cabramatta, targeting the alleged recipients.

At the Cabramatta West and Cabramatta addresses, police found and seized substances suspected to be MDMA, cocaine and about three kilograms of methamphetamine.

AFP A/g Assistant Commissioner Eastern Command Justine Gough said the seizure was one of the largest in Australian history.

“It demonstrates the lengths that organised crime syndicates will go to in order to supply the Australia market, and seek to protect their criminal profits with high-powered illegal weapons,” A/g Assistant Commissioner Gough said. Australian Border Force Acting Commander Investigations Garry Low said the shipment was targeted by the ABF as a result of intelligence from the Department of Home Affairs. 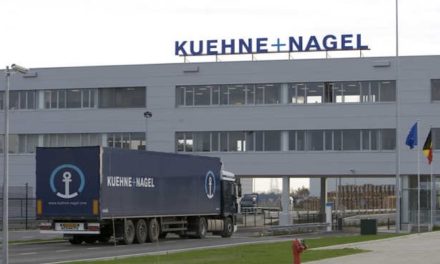