The Australian Federal Police (AFP) received a tip-off from the Chinese National Narcotics Control Commission (NNCC) via Taskforce Blaze about a syndicate suspected to be importing commercial quantities of border-controlled precursors into Melbourne.

As a result of the information, the AFP began an investigation to identify the Australian-based members of the syndicate who were allegedly planning to receive the shipment.

ABF officers from the Melbourne Container Examination Facility examined the suspicious consignment to reveal 65 boxes containing 260 bags of a white powder, with a gross weight of 1300 kilograms. Testing revealed to be ephedrine, a precursor to methamphetamine.

Authorities estimate 1.3 tonnes of ephedrine has the potential to make 922 kilograms of methamphetamine, with an estimated street value of approximately $691.5m.

The drugs were seized by the AFP and replaced with an inert substance, and a controlled delivery took place. The consignment was delivered to a residence in Box Hill North.

The Wheeler’s Hill man was arrested at Melbourne International Airport as he attempted to board a flight to China Tuesday morning, while the Box Hill man was arrested near a local shopping centre. It will be alleged in court that these men were facilitators for the syndicate responsible for the ephedrine importation.

The two Chinese nationals were arrested at the Box Hill North residence where the consignment was delivered. It will be alleged in court their role was to assist the two facilitators and the syndicate in this importation. Authorities raided the three houses associated with the men.

Three more raids were carried out on Wednesday on premises in the Melbourne suburbs of Balwyn, Doncaster East and Dandenong South this morning.

ABF Victoria Regional Commander Craig Palmer said the seizure and arrests highlighted the outcomes that can be achieved working with law enforcement partners both internationally and within Australia.

“The ABF is committed to detecting and disrupting illegal drugs at the border before they cause harm on the Australian community,” he said.

“International criminal networks attempting to import these dangerous substances need to understand that we work closely with partner agencies to identify their illicit activities.”

“In 2015 Australia and China took decisive action to address a common problem – the supply and demand of methamphetamine in the region. Since then, the taskforce has resulted in the seizure of more than 22 tonnes of narcotics and precursor chemicals cumulatively between Australia and China,” Assistant Commissioner Hill said.

“The strength of this partnership is clear in operations like this, which would not have been possible without the close co-operation we have experienced in this investigation.”

“This taskforce has become a role model for other countries, proving the most effective manner to combat transnational drug crime is through strengthened international law enforcement cooperation,” he said.

The men from Wheeler’s Hill man and Box Hill were charged with importing commercial quantities of border controlled precursors; the maximum penalty for this offence is 25 years imprisonment.

All four men were each charged with attempt to possess controlled precursors; the maximum penalty for this offence is two years’ imprisonment and/or a fine of $84,000.

Taskforce Blaze is a historic agreement between the AFP and the Chinese National Narcotics Control Commission to combat the manufacture and exportation of ice, which was recently extended until 2020. 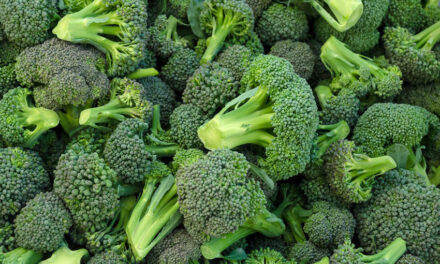