STEVEDORE DP World Australia has announced a hike in access and ancilliary charges for its container terminals in Melbourne, Sydney and Brisbane.

The new charges are:

Mr Barrett said the respective notice periods would provide “a balance in delivering benefits to key stakeholders and enable transport operator to provide an extended notice to their customers”.

He also said the change was designed to support Australian farmers and exporters.

The new fees have been criticised, however, with Container Transport Alliance Australia director Neil Chambers describing them as “tone deaf”.

“At a time when the Australian economy is under significant strain, DP World Australia sees fit to raise its landside terminal access pricing for full import containers, and for some other access charges levied on container transport operators. It beggars belief.” Mr Chambers said.

“This foreign-owned company, in a pseudo monopoly position within the container logistics chain, has shown little regard for container transport operators facing a significant cash-flow squeeze, or for Australia’s importers who from May will pay significantly more for landside terminal access once the fees are passed through the supply chain by transport operators,” he said.

“This is at a time when many importers, large and particularly small, are facing unprecedented interruptions in their supply chains, while the whole landside logistics sector has significant cashflow concerns.”

Mr Chambers said CTAA had written formally to DP World Australia on two occasions since the start of the pandemic, asking what the stevedore company could do to work with transport operators and others in the chain who are experiencing real cash-flow concerns without receiving a response. 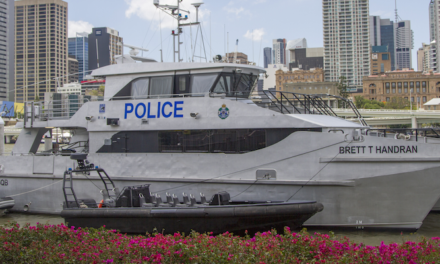