DROUGHT and falling house prices are among the factors dragging down the Australian economy, according to a new report by analysts Deloitte.

However the report also noted likely positives from tax and interest rate cuts, reduced pressures on bank funding and an easing of lending conditions by regulators as well as a slightly lower Australian dollar.

“But national income growth remains right on its longer term average. Remarkably, despite global slowdown, the world has given Australia a big pay rise, as China’s stimulus means a surge in the demand for and prices of Australian coal and iron ore,” the report stated.

Overall, the report argued that the slowdown appeared to be “well contained”.

Deloitte reported it had been a “shocker of a drought for Australia’s farmers”, but their news should slowly improve.

However, while electricity prices are no longer soaring, gas prices are said to be increasingly problematic for big industrial users – which is said to make them a problem for both manufacturers and for utilities themselves.

On the other hand many other sectors are said to be doing well.

“Global commodity prices are bigger than Christmas,” the report stated.

“Generating such a massive jump in mining profits that – despite their caution – more miners are considering new investments”. 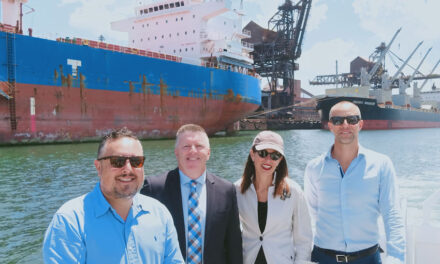