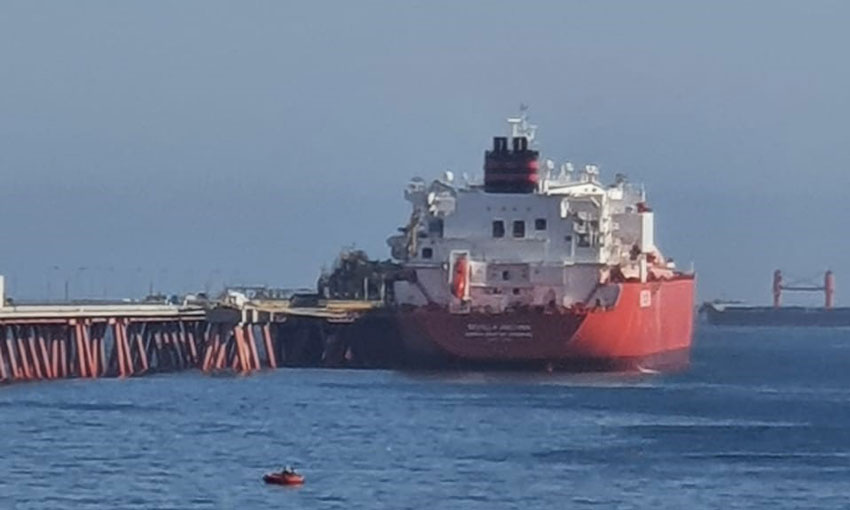 The Sevilla Knutsen at berth in Quintero, Chile. Credit: EnergyQuest

The cargo was from the Shell-run QCLNG project at Gladstone on the central Queensland coast and was transported aboard the Spanish tanker Sevilla Knutsen (IMO 9414632).

The tanker docked at Quintero, Chile on 15 August after a 24-day voyage of more than 13,500 nautical miles.

According to EnergyQuest, QCLNG cargoes generally go to China and Japan, whereas Quintero mostly imports LNG from the Atlantic Basin.

In 2019, it imported cargoes from the US, Trinidad Tobago and Equatorial Guinea.

According to EnergyQuest, Chile historically imported its gas from Argentina but decided to build an LNG import terminal after interruptions to Argentinian supply in 2004-5.

The import terminal began operation in 2009.

As well as supplying gas into pipelines, the terminal has a large-scale truck-loading facility.