The lunch is to be held at The Lakes Resort Hotel on Brebner Drive, West Lakes, on Thursday 19 March.

Formed in 2007 before officially launching in 2012, Flinders Port Holdings is the parent company of:

Flinders Port Holdings is a significant economic player and employer in South Australia, with a total workforce of more than 700 employees.

The Group was listed number seven in the South Australian Business Index of top 100 companies, released in September last year.

He was the general manager of Flinders Ports for six years and was responsible for the overall performance of the Port’s business.

“Stewart is a highly experienced ports industry professional with over 35 years in the sector,” ICHCA Australia’s Peter van Duyn said.

“He started his career at shipbroking house, Simpson Spence and Young in Sydney, and later spent 15 years with Hamburg Süd in various roles across the country.”

He has a Masters in Business Administration, sits on the board of the Spencer Gulf Ecosystem and Development Initiative and is chairman of Ports Australia. 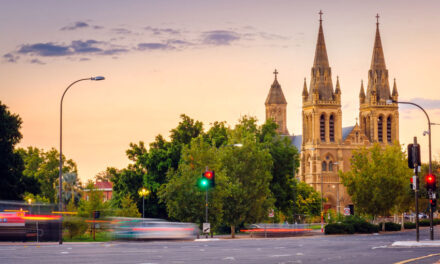