FOOTAGE of the livestock carrier MV Jawan seemingly rocking from side to side has been distributed online.

The footage was distributed by the Animal Justice Party via Facebook.

It left Portland with cattle bound for the Middle East late last week but turned around after the rocking motion became apparent.

The Australian Maritime Safety Authority subsequently denied it permission to sail with cattle on board.

It remains in Portland while the cattle are removed from the ship.

ROLLING LIVE EXPORT SHIP IN PORT OF PORTLANDROLLING LIVE EXPORT SHIP CARRYING 4,327 COWS
Early this morning the MV Jawan departed Port of Portland bound for Muscat, Oman. Soon after departure it was evident that the ship was rolling from side to side. Just after exiting the harbour the ship turned back to port. The ship is carrying 4,327 cows. The Port of Portland released a media release today stating there were no injuries to cattle however we do not believe this for a second. As you can see in the video below the ship is forcefully rolling from side to side, and without a doubt these confused and terrified cows are being thrown all over the place hour after hour. With one day to go before Election Day we are asking all Victorians to think about whether you think this treatment of animals is acceptable, and if not then make this clear with your vote. By voting 1 Animal Justice Party you’re voting for a Party who when elected will not stop fighting until there is a total ban on all live animal exports forever.
Posted by Animal Justice Party AJP Victoria on Thursday, 22 November 2018 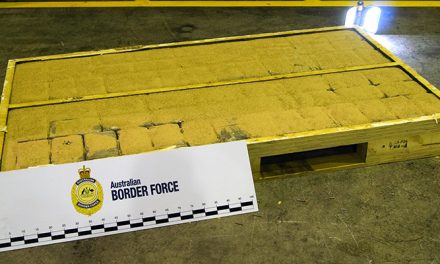 Strikes at DPWA, with company and union at loggerheads