INDUSTRY body the South Australian Freight Council says government should work with private enterprise to keep the Eyre Peninsula rail network in use.

This follows Viterra’s decision to stop using the network to move grain from June 2019.

Viterra has announced it will not renew a contract with rail company Genesee and Wyoming Australia and will instead move grain by trucks.

SAFC executive officer Evan Knapp said they were disappointed rail maintenance and investment costs had risen to the point it was no longer economic for Viterra to move grain on the network.

“Given that Viterra is the sole customer of the EP rail network, [this] announcement effectively means the closure of the rail line,” Mr Knapp said.

“This will inescapably see thousands of additional truck movements on the Eyre Peninsula road network, interacting with locals and holidaymakers alike. It will also require DPTI to increase road maintenance expenditure on the Peninsula to ensure that these roads remain in a safe condition for all road users.”

Mr Knapp said Port Lincoln was likely to bear the brunt of additional truck movements to its bulk grain terminal.

He called on transport minister Stephan Knoll to release a report, the Eyre Peninsula Freight Strategy, a document prepared during 2017 and 2018.

“While the rail network is privately-owned infrastructure, it makes sense to consider government intervention when a decision to close the lines will raise road maintenance costs on the Eyre Peninsula for government and have implications for the broader EP community,” Mr Knapp said.

The SAFC has also asked the minister to work with Viterra and GWA to develop options to keep the line operational for the 2019/20 harvest season.

A spokesman for Minister Knoll told DCN the report would be released after negotiations concluded with the federal government.

In parliament, Mr Knoll said the decision was a commercial one for Viterra and GWA.

“The economic viability of this rail network has been in doubt for a long period of time,” Mr Knoll said.

“The condition of the rail infrastructure and the restrictions it places on operations have added to the costs for doing business for Viterra such that it is simply no longer efficient to move grain by rail.”

Mr Knoll said some 60 to 70% of grain was already hauled by road on the Eyre Peninsula.

“We have been informed that closure of the rail will lead to around an extra 50 trucks per day in and around Port Lincoln,” he said.

“We are very mindful of what this might mean for residents and have been exploring a number of options with the Commonwealth Government.” 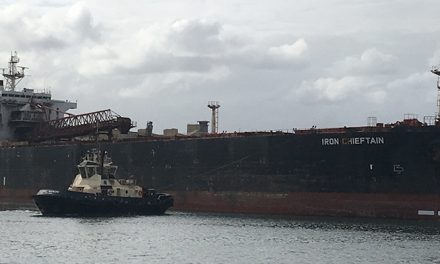