PORT operator ICTSI has highlighted the social benefits of its investment in Papua New Guinea by paying for a new police station in the northern city of Lae.

The PGK400,000 (AU$172,000) facility is located in the suburb of Malahang and was supplied by subsidiaries ICTSI South Pacific and social responsibility arm the ICTSI Foundation.

According to the company, the police station is part of efforts to enhance peace and order in the community.

“This new facility serves as a token of commitment to the people of Lae that our operations here goes beyond business objectives — as we equally want to contribute to the development of our impacted communities,” Mr Singh said.

“The fundamentals of peace and order should be in place before any investment can flow,” Ms Laurena said.

“It is very difficult to attain social order and political stability, so police stations such as this are very important in communities.”

Ms Laurena also conveyed a message from Christian R. Gonzalez, ICTSI global corporate head and president of the ICTSI Foundation, that the company will be funding construction of another police station in Omili as the next project.

Among those attending the inaugurations were Lae MP John Rosso, PNG Police Commissioner Gari Baki and other representatives from the Lae City Authority, Lae Chamber Committee as well as from the private sector.

ICTSI, which runs the South Pacific International Container Terminal in Lae and Motukea International Terminal in Port Moresby says it has committed to invest in major equipment upgrades, leading edge port technology, and human resources development. The company recently took delivery of three new hybrid rubber tyred gantries for its Lae terminal and the introduction of the first safety cages in PNG ports. 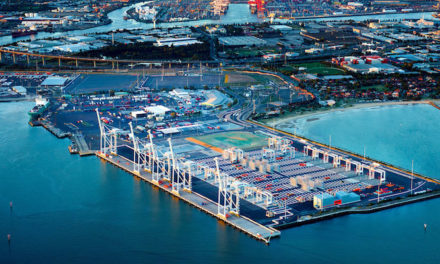 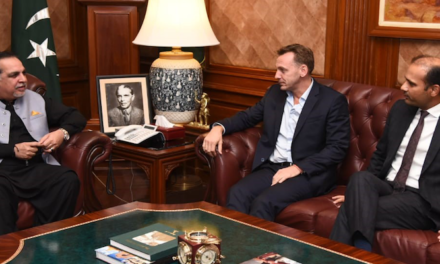