VICTORIAN exporters and rail operators have backed the continuation of the Mode Shift Incentive Scheme in supporting rail mode share, while also calling for opportunities to boost the concept.

The Victorian government invested $20m over four years in the 2014-15 state budget to provide MSIS subsidies to Victoria’s rail terminals until June 2018.

The stated aim of the MSIS is “to increase efficiency and cost effectiveness in the freight sector and reduce congestion on roads in and around freight and port precincts.”

“There is no doubt that this program has been an incredible success and a credit to the Victorian Government,” Mr Brooks-Garrett said.

“The scheme has enabled several rural exporters to commit to a modal shift, freeing up our roads and allowing these businesses to tap into the efficiencies that come from regular and reliable rail services into the port.”

Mr Eyurek SCT welcomed the Port of Melbourne Rail Access Strategy and a future Port Rail Solution albeit those benefits might be years away.

“Until this time, we are under threat of mass managed trucks that are continuing to threaten the commercial viability of rail versus road,” he said.

In a recent letter to the Victorian Minister for Ports and Freight, Melissa Horne, APSA, SCT, and a consortium of rural exporters asked the government to extend the MSIS for four years.

Their aim is to to provide assurance to exporters considering investment around major rail hubs, such as Dooen.

Port of Melbourne is currently developing a Rail Access Strategy as part of the terms of the port privatisation two-and-a-half years ago. 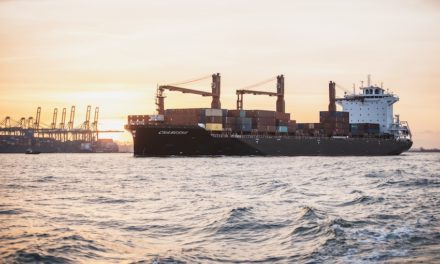 Next generation of purpose-built vessels for Swire Shipping