CANBERRA politicians have referred to Turnbull blunders as “barnacles”, which we know grow on stationary vessels. How ironic it is that one of the nastiest barnacles is on the slow-moving freight and port planning framework on the Eastern Seaboard.

New South Wales is unfortunate in that it does not have an ideal port location, Botany being a compromise forced by straightened circumstances in the 1970s. Trucks have to use congested local roads while state governments have dithered over airport and port rail and freeway connections for so long the port is now out of time.

Turnbull and his allies in NSW, especially Mike Baird and Gladys Berejiklian, sterilised the other two possibilities and undermined the economics of Inland Rail – the Hail Mary infrastructure solution.

As Ports Australia put it recently (in its submission to the NSW Draft Freight and Ports Plan), Berejiklian’s approach “lacks clarity and is likely to raise ambiguity among the community and uncertainty for businesses looking to invest … it does not translate to meaningful actions for the future of this State and its ports network”.

The Federal Department of Infrastructure’s recent report (2017) on intermodal terminals put it conservatively: “Capacity gaps in terminals serving the IMEX market will potentially emerge in Sydney by 2035 irrespective of whether Inland Rail proceeds or not. … The major constraint will arise at Port Botany, and in theory, capacity gaps at Port Botany terminals will potentially arise sooner, as early as 2017”.

When truck congestion, rail capacity shortfalls and community views are considered, that 2035 looks typically optimistic. That Department is as reclusive as are industry bodies in rejecting outside expertise. Here is some logic.

NSW Ports is the monopoly provider of container services in Sydney, and in 2015 and since promised the same Botany railing target as Neville Wran in 1981 and Turnbull in the 2018 Budget, namely 40% of cargo railed. It is part of a monopolistic chain that includes the Moorebank Intermodal Terminal (MIT) and the mute Port Kembla.

In a report by three international academics in 2016 argued that NSW Ports’ estimate of rail capacity is 58.7% higher than calculated reality. That first econometrical study found that rail duplication would not put even one extra train on the tracks, such is the inefficiency of the Botany chain. ARTC misled Turnbull into believing that the $400m in the 2018 Budget would do much more.

Moorebank said it would reduce truck movements by 3300 a day from 2019-20 (1.2m TEU), which is about one-third of Botany’s load. The NSW Ports Masterplan said that “430,000 TEU have been estimated as being contestable for rail transport via Enfield and this is forecast to grow to 1.7m TEU by 2045”.

Two-thirds of Botany’s railings will be going to terminals with 900 to 600 metre sidings, meaning Botany’s capacity calculations are more than 40% over-estimated. Is Enfield expected to break trains on arrival and shunt the two halves separately? A productivity nightmare.

That will pump up truck numbers, as will the short distance and double-handling costs within such a small radius of the port. None of the various port planning documents reference Milton Morris’s Enfield Inquiry report for Carl Scully, which forced a down-grading of IMT capacity – part of the “social contract” applying to all facilities.

The roads situation is no better. The roads and ports minister’s press release at June budget time stated that 4km of the F6 had been funded at up to $50m of a likely $2.6bn, and that “connection tunnels to facilitate future components of the F6 between Kogarah and Loftus, which are in development”, were included. The previous year she made much the same announcement but cut-out the fourth extension stage to Waterfall because of (predictable) impacts on houses and national park.

Trucks through Sutherland will grow with car importing at Kembla. There are over 7000 heavy trucks per day on Mt Ousley and beyond (2.4m a year), a 26% increase since Premier Carr’s decision in 2003 to close the Working Harbour. Updating the 2003 estimate of 113,000 car-trucks per annum produces the estimate of 205,000 trucks in 2025 – and the F6 will not be built by then.

* Robert Gibbons is the former executive director planning at NSW DOT, reforming GM Newcastle City and policy manager at State Development, and was responsible for freight and logistics issues 2977 to 294 including setting up container railing. 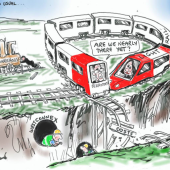 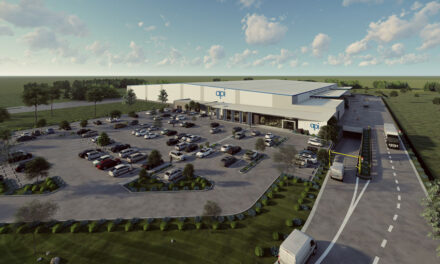