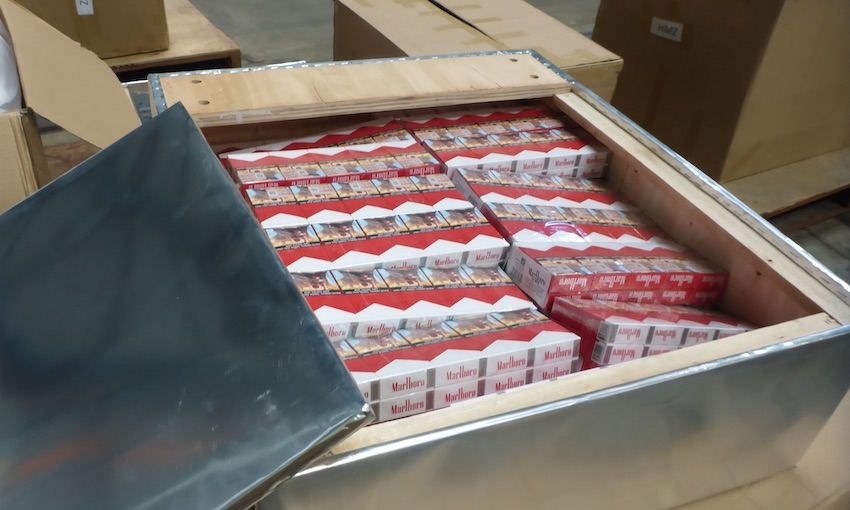 THE Australian Border Force intercepted a consignment in a shipping container that arrived from China on 3 January 2018, containing an illicit cargo of almost 100,000 cigarettes concealed inside sofas.

Subsequently, a 55-year-old Perth man was sentenced to eight months jail for the smuggling operation.

One of the ten boxes was unpacked revealing a sofa consisting of two cushions, an armrest and a base seat. An x-ray of the base seat revealed anomalies, and a subsequent examination showed it was concealing dozens of cartons of cigarettes.

ABF Investigators executed search warrants on the importer’s Queens Park home and Victoria Park business on 15 January 2018, seizing a mobile phone and a number of documents relating to the purchase of cigarettes in China and the sale of cigarettes from his Victoria Park cafe. The man did not have a license to sell tobacco products.

“Whether it’s large scale criminal syndicates, individual profiteers such as this man, or smokers stockpiling personal supplies, our officers have the training and the technology to detect their illicit imports,” Commander Copeman said.

“Black market tobacco is a serious issue for Australia, and has far broader consequences than people buying cheap smokes under the counter.”

Last financial year the ABF seized more than 177 tonnes of loose-leaf tobacco and 422m cigarettes, with the amount of duty evaded totalling some $611m.