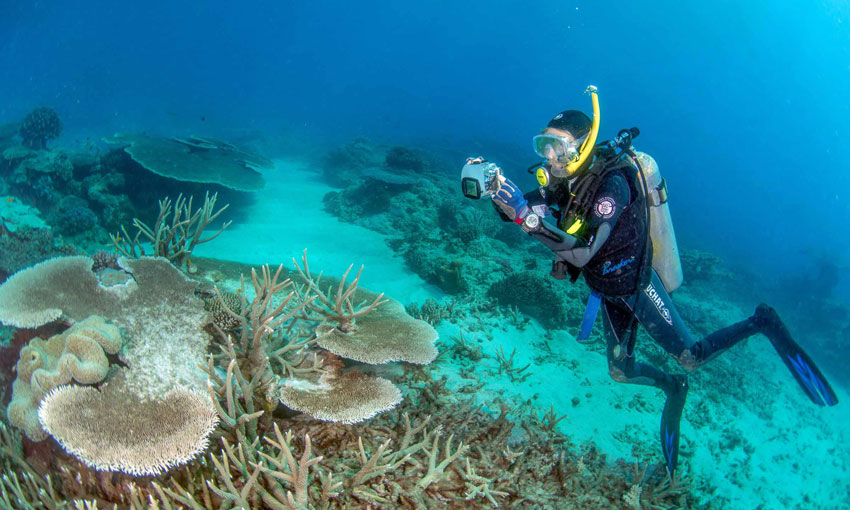 JAMES Cook University is to take a leading role in protecting the reef as it begins a new $5m, five-year partnership with North Queensland Bulk Ports Corporation.

The environmental monitoring agreement expands the current three-year partnership JCU has to monitor the health of the marine environment around NQBP’s ports at Mackay, Hay Point, Abbot Point and Weipa.

He said that during the next five years, JCU researchers would introduce remote camera systems to replace divers, trial next generation photomosaicing, use Under Water Automated and bring in remote operated vehicles.

“This partnership aligns with JCU’s commitment to making sure marine science graduates are some of the best prepared in Australia for employment opportunities in their field,” Professor Lane said.

Dr Nathan Waltham, from TropWATER, is a co-director of the project and said the monitoring program was conducted year-round and includes ongoing site visits across NQBP’s Queensland port facilities.

NQBP chief executive Nicolas Fertin said the partnership would build on the “exceptional success” of the three years of the previous arrangement which commenced in 2017.

“The vision is to be the world’s leading university and port industry partnership – and the work we’ve done already has laid some integral foundations,” Mr Fertin said.