INDUSTRY groups have welcomed an announcement by the Commonwealth government that the JobKeeper program is to be retained until 28 March next year, albeit in a changed form.

From the end of September, the fortnightly payment for full-time workers is being reduced from $1,500 to $1,200.

Maritime Industry Australia CEO Teresa Lloyd said the maritime sector was being hit hard by domestic and international border closures and “all support packages, including JobKeeper, that help keep people employed and businesses afloat is very welcome while the sector navigates this crisis”.

“If state governments adopted more pragmatic, rational requirements we would see the maritime industry out of trouble much sooner, without risking the communities we serve as the sector has some of the most robust COVID management plans imaginable,” Ms Lloyd said.

“The last thing anyone wants is COVID on a vessel. Removing barriers makes a lot more sense than fiscal assistance, but until that happens and all borders open to essential workers like maritime crews, the JobKeeper payments are critical.”

Australian Chamber of Commerce and Industry CEO James Pearson said JobKeeper had been “an important lifeline to businesses during the COVID crisis”.

“Extending JobKeeper to 28 March provides the certainty businesses need to plan for the end of this income support, which will hopefully go some way to lift confidence that has been badly hit by the lockdowns in Victoria,” Mr Pearson said.

“The two-tiered approach resolves the discrepancies in the initial JobKeeper scheme, where some part-time workers received a large increase in their income,” he said.

“The lower rate of $750 per fortnight for part-time workers will encourage them to take on more work where it is available.”

“It is important that the National Cabinet updates the national roadmap to provide more clarity to help businesses make decisions on if, and how, to continue to operate,” he said.

Deputy Prime Minister and infrastructure minister Michael McCormack said JobSeeker assistance would help thousands of regional Australians who were without work as well as helping businesses. 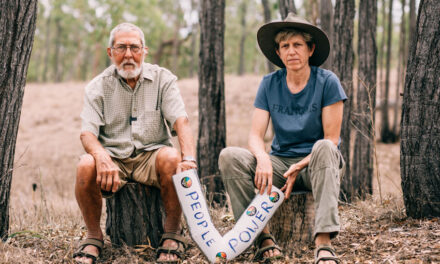