FORMER soldier, journalist and diplomat Kirk Coningham has been announced as the new chief executive of the Australian Logistics Council.

He replaces Lachlan Benson who has filled the CEO’s role on an interim basis since the departure of Michael Kilgariff mid-last year.

Mr Coningham was the national executive director of the Urban Development Institute of Australia until December 2018 and previously headed the Master Builders Association of the ACT as chief executive.

He has also held senior roles with Leighton Holdings, the Australian Medical Association and the Murray Darling Basin Commission, served as a diplomat, been a captain in the Australian Army, held key media roles within government and worked as a journalist.

For his work with the crisis taskforce after the October 2002 Bali bombings, Kirk was awarded the Medal of the Order of Australia.

ALC chair Philip Davies said the board was delighted Kirk had taken up this key leadership role.

“This is especially important as we head into a Federal Election year, and as the Commonwealth prepares the National Freight and Supply Chain Strategy for release in 2019. ALC is committed to remaining the lead advocate for this much-needed Strategy, and ensuring it delivers the right outcomes for ALC Members and for the nation’s freight logistics industry as a whole.”

Mr Davies thanked Lachlan Benson for “the dedicated and energetic organisational leadership he has provided as ALC’s Interim CEO since July 2018”.

“During {Lachlan Benson’s} planned acting tenure, key structural and internal corporate changes have been achieved that will allow Kirk as the incoming permanent CEO to focus on the major policy issues facing the industry,” he said.

“Lachlan will continue working closely with ALC to support Kirk over the next month as he transitions into the role of CEO and meets with key ALC members and stakeholders. He will then return to his strategic advisory and director work, but will be available to assist Kirk and the ALC Board as required in the future.” 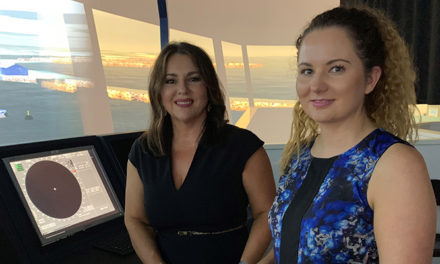