AUSTRALIA and its ports needs to prepare for new Oasis-class cruise ships, the largest cruise vessels on the planet, a conference in Townsville has heard.

There are currently four Oasis-class cruise ships on the world’s oceans, with another two under construction due in 2021 and 2023.

The Oasis-class ships are 360metres long and typically carry 5500 passengers and have 3000 crew.

“Is a ship like [an Oasis-class vessel] coming to Australia? We can never say never,” Ms Abel said.

“It only took from March in Miami a couple of years ago. We were told ‘we want to bring Ovation of the Seas’ to Australia.

“We all went ‘exciting, give us a little bit of time to plan around that’.

Ms Abel said she was “pretty convinced” the Oasis-class would come, if the nation’s ports had their infrastructure in place and if Australia could deliver “a destinational experience”.

Ms Abel also spoke about the future opportunities from cruising in the Australian context.

“There is definitely a big focus from the cruise lines around shore excursion take-up and growing those destination partnerships,” she said.

“In that technology boom… cruise ships were selling themselves as the destination…. You didn’t need to leave the ship to have fun. That worked and was a ‘wow’ factor for a couple of years until every ship had those things.

“We are now seeing that the cruise lines are really focussed on the destination.” Ms Abel spoke at the Ports Business and Operational Conference in Townsville, organised by Ports Australia. 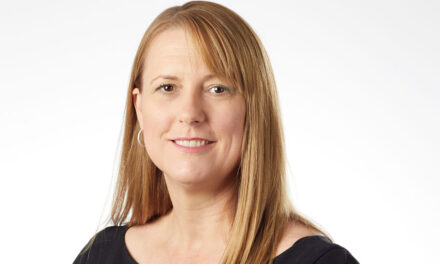