A DRONE delivery service is set to start up later this year in Logan, Queensland.

Technology colossus Alphabet (Google’s parent company) is bringing its drone service, Wing, to the Sunshine State. Deliveries of items up to 1.5 kilograms are expected to be made in Logan later this year.

Wing head of Australian operations Terrance Bouldin-Johnson said the company was pleased to be launching its first air delivery service in south-east QLD.

“Wing allows customers to order a range of items such as fresh bread, hot coffee or food items on our mobile app, and have them delivered directly to their homes by drone in minutes,” he said.

“Whether you’re a parent who forgot to pick up fresh bread for your kids school lunches, or you simply want to order your weekend coffee without having to drive to the shops, Wing is teaming up with local Logan businesses to give customers the opportunity to have a range of goods delivered in a handful of minutes.”

A statement from Wing about its service in Logan said it was a fast-growing area. The company aims to reduce traffic congestion and air pollution that comes with rapid urban growth.

“That’s why we’re partnering with Wing today to make sure that we lead the way when it comes to capitalising on the opportunities provided by technological advancements in drone technology,” she said.

“We are already leading the way in drone technology across a number of industries, including defence, agriculture, mining and manufacturing,” she said.

“Wing has the potential to shift the gear again in the use of drone technology for transportation by increasing access to goods, easing traffic congestion and helping to reduce carbon dioxide emissions.”

Ms Jones said it is important for the state to build partnerships with industry and trade leaders.

“Through these partnerships we can embrace digital disruption and harness the power of innovation to create the jobs of the future in QLD,” she said. 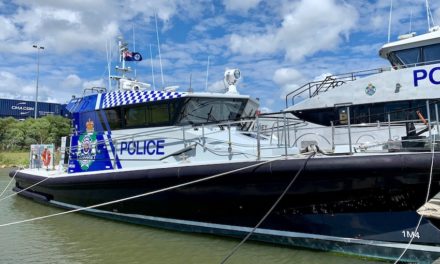