FOR the second year running, around 200 employees from LINX Cargo Care Group hit the treadmills across several sites in Australia kicking off from Friday 17 May at their LINX Fremantle site.

All other sites started on Friday 24 May to raise funds for sick kids in 24-hour care.

This year, the LINX CCG team raised more than $32,500 for Very Special Kids, a children’s charity that helps more than 900 families who have a child with a life-threatening condition by offering ongoing support, from diagnosis all the way through to recovery or bereavement.

Super Dad and LINX CCG group talent acquisition manager, Tom Philbin, was once again one of 1000 participants, including celebrities and sports personalities, in the Very Special Kids 24-Hour Treadmill Challenge.

The Philbin family have been receiving support from Very Special Kids for almost six years and Tom’s son Luke loves going to the children’s hospice.

Luke was only six-months old when he experienced his first seizure, six months later he was diagnosed with Dravet Syndrome, a genetic intractable epilepsy.

“My amazing colleagues at LINX Cargo Care Group are stepping up to the challenge for our second year,” Mr Philbin said.

“Not only did we run a treadmill for 24 hours at VSK in Malvern Victoria, but numerous treadmills were running around the country including Brisbane, Newcastle, Sydney, Griffith and many more.”

“Very Special Kids is a charity that we are very proud to have as part of the LINX Cargo Care Group Foundation,” Mr Jones said.

“Having launched the foundation over a year ago, I am humbled to see our staff get behind this challenge. Not only does it bring awareness of the great work the VSK charity does, it also creates fun and a real buzz across our group of businesses.” 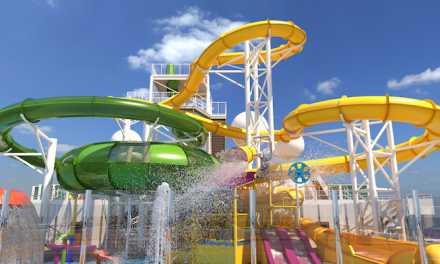