A RUNWAY extension and long terms plans for a freight logistics centre are features of the just-announced Sunshine Coast Airport Draft Master Plan 2040.

As well as helping tourists come and go, the added infrastructure is expected to help boost food exports from this beautiful part of Queensland.

Figures provided by the airport management show the Sunshine Coast’s food industry is valued at $750m a year and this is tipped to reach $1bn by 2022.

The Food and Agribusiness Network supports the growth of the industry across the Sunshine Coast and has teamed up with the airport in order to promote business.

Sunshine Coast Airport chief executive, Andrew Brodie said the potential for growing air freight as a result of the airport expansion made the FAN partnership timely.

“The infrastructure planned for the airport has the potential to accelerate the growth of food exports over the next two decades,” Mr Brodie said.

“Initial research has shown that local businesses list exports as their biggest opportunity to expand sales over the next five years, and they would consider utilising Sunshine Coast Airport provided it is commercially viable,” he said.

“The priority initially will be growing domestic air freight, utilising the bellies of domestic passenger aircraft.

“We will also look to expand international routes in the longer term and these wide-bodied passenger aircraft will be able to return carrying high-quality dairy products, seafood, fresh produce and artisan food and beverages.”

The Airport Draft Master Plan 2040 proposes a logistics and freight centre as part of the development of a new Airport North Precinct which could include cold storage facilities tailored specifically for freighting fresh produce and processed foods.

“The Greater Sunshine Coast is one of the fastest growing food regions in the country and the expansion of the Sunshine Coast Airport will open up new trade opportunities for our food and agribusiness industry both nationally and internationally,” general manager of FAN, Emma Greenhatch, said.

“Key infrastructure projects like the expansion of the airport not only create new industry opportunities, they drive business confidence and put a spotlight on the Sunshine Coast as a growing region with strong investment potential.”. 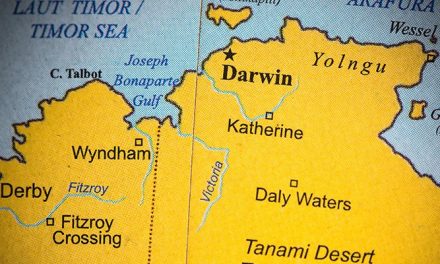 Looking north from the south