THE safe carriage of bulk cargoes liable to liquefaction is integral to the safety of life at sea. The International Association of Dry Cargo Shipowners (Intercargo) has identified that between 2009 and 2018, 101 lives and nine bulk carriers were tragically lost due to cargo failure caused by liquefaction. Of these vessels, six had been loaded with nickel ore from Indonesia, two with iron ore from India and one with bauxite from Malaysia.

More recently, on August 25, 2019, the bulk carrier Nur Allya while carrying a cargo of nickel ore to Sulawesi Province in Indonesia, made a distress call in the Banda Sea while underway. The vessel was carrying 25 crew members and is feared to have sunk with all hands due to cargo liquefaction.

What causes liquefaction?
Cargo liquefaction is the conversion in behaviour of a substance from solid to liquid state. It occurs due to reduction of pore space between fine particles in cargoes such as nickel ore and iron ore due to the motion of a ship. Cargo is prone to liquefy where there is a high proportion of fine particles and a moisture content in excess of the transportable moisture limit. A TML is the maximum moisture content for a given cargo which is considered safe for carriage in ships. The combination of the reduction of space between the particles with the concomitant increase in water pressure leads to liquefaction. If liquefaction occurs, the cargo, in behaving like a liquid, can shift causing a vessel to lose stability, tilt and potentially capsize.

“Like melted ice cream”
There are other extraneous factors that can contribute to liquefaction occurring as was the case with the Padang Hawk. The vessel loaded a cargo of nickel ore in New Caledonia on July 17, 1999 and during its voyage to Australia, encountered rough seas causing it to roll and pitch. Some days into the voyage the vessel developed a 15 degree list to port. The crew on checking the cargo in the hatches found that it had settled and shifted to port and that the cargo looked “like melted ice cream”. The master was able to adjust the ballast on the shipowner’s recommendations and pump the cargo hold bilges at regular intervals to correct the vessel listing and ultimately proceed to Townsville. At the time of this incident there was no known test for the TML. The nickel ore prior to loading had been stockpiled in areas open to the weather, which increased the moisture content of the cargo.

Catastrophic loss of vessels and crews due to liquefaction has led to the International Maritime Organization codifying safe practices in relation to cargoes susceptible to liquefaction.

Categories prone to liquefaction
The International Maritime Solid Bulk Cargoes Code (IMSBC Code) issued by the IMO became mandatory on January 1, 2011 under the provisions of the International Convention for the Safety of Life at Sea.

The IMSBC Code replaced the previously known Code of Safe Practice for Solid Bulk Cargoes. It is an internationally recognised code of safe practice to be followed when transporting hazardous solid bulk cargoes on board bulk carriers.

The primary aim of the code is to facilitate the safe stowage and shipment of bulk cargoes, to give information about the cargo to the vessel and to identify dangers and risks particular to the cargo.

Appendix 2 of the IMSBC Code includes the testing and certification requirements to be followed to ensure that the moisture content of cargoes is sufficiently low. These tests include the flow table, penetration tests and the “Can Test” which provide the shipper with a “safe” moisture content.

The Can Test is a simple on-site procedure for providing an estimate of moisture content and is as prescribed by section 8.4 of the IMSBC carried out by half filling a one-litre cylindrical container with a cargo sample and taking the can “in one hand and bring it down sharply to strike a hard surface…repeat the procedure at one-or two-second intervals”. The presence of moisture on the sample surface will indicate excessive moisture content. This is used to supplement but not substitute for laboratory testing.

Important procedures
The code also provides instructions on the procedures to be adopted in the carriage of solid bulk cargoes. The master should ensure the moisture content of cargo is not more than the TML. Where the moisture content is below the flow moisture point, cargo may liquefy. The FMP is determined by laboratory testing and is the percentage moisture point at which a flow state develops in a sample – that is the granular material becomes saturated and starts to behave as a liquid.

Since its inception, there have been a series of subsequent amendments to the Code (2015 and 2017). Parties were encouraged to implement interim measures on a precautionary basis prior to the amendments entering into force. The latest amendments to the IMSBC Code entered into force on January 1, 2019. Changes to section 4.5 of the Code stipulate that it is the shipper’s responsibility to ensure that the testing of the TML and moisture content is carried out at the correct intervals. A new procedure for determining the test for the TML of coal has been implemented.

Key changes
Further amendments are due to come into effect in relation to bauxite on January 1, 2021, which is often loaded in Malaysian, Indonesian, Brazilian and Australian ports. The loss of the supramax bulk carrier, Bulk Jupiter in January 2015 with the loss of 18 lives is suggested to have been caused by the liquefaction of a cargo of bauxite.

Bauxite is normally shipped without any processing and as it typically contains lumps and has a low moisture content, it is generally regarded as ‘Category C’ cargo in the code. However, bauxite also can be sieved by using high-pressure water. This creates finer particles and also adds water to the cargo.

The IMO has issued a series of circulars which introduces a number of draft amendments to the IMSBC Code relating to the testing procedure for determining the TML of bauxite and introduces a new ‘Category A’ cargo “bauxite fines” on January 1, 2021.

As with the passage of previous amendments, implementation of the test procedures for the category bauxite fines is recommended ahead of implementation.

Pre-shipment protocols and precautions
It is important to ensure that shippers, as required by section 4.3.2 of the IMSBC Code, submit accurate declarations and certificates noting the description of the cargo and relevant data sheets; how the cargo is treated under the IMSBC Code; the stated moisture content of a given cargo; and the interval between testing and loading should not be more than seven days.

Shippers often will be well advised to engage independent surveyors to conduct the necessary testing ahead of loading. However, many bauxite and nickel mines lie in remote locations and it can be logistically difficult for surveyors to attend and to remove samples for laboratory testing. Responsibility devolves to mine operators, port authority and the master to make sure all necessary precautions have been taken ahead of cargo loading. For example, the port authority at the load port shall provide the master with a certificate stating “the characteristics of the cargo and the required conditions for the carriage and handling” of a particular shipment.

Smart technology solutions
Naval architects argue that structural modifications to bulk cargo vessels are not a solution as this interferes with efficiency in that the use of grabs is prevented and the cargo is prevented also from reaching its natural repose. Solutions may lie in smart technology to identify moisture levels as it is this variable which requires monitoring in order to avoid liquefaction occurring. As the physical properties of cargo are unalterable once loaded, this is not a factor which can be monitored during a voyage to prevent liquefaction.

Additionally, geographically relevant testing protocols reflecting the locations where the cargo originates may be of some utility especially where the origin of most affected cargoes is in tropical locations. Precautions with bulk cargoes liable to liquefaction are not just the responsibility of the owners and master of a vessel.

Terminal operators, charterers and shippers should exercise extreme care when handling such cargoes and take into account the IMSBC Code. The IMSBC Code places the onus on all stakeholders including shippers, receivers and port state authorities at load and discharge ports to eliminate the problem and protect the lives of seafarers. 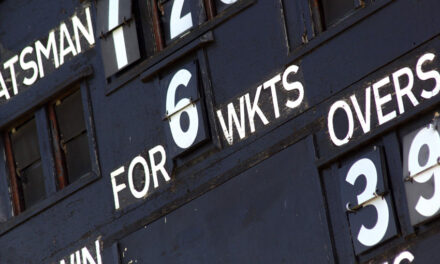 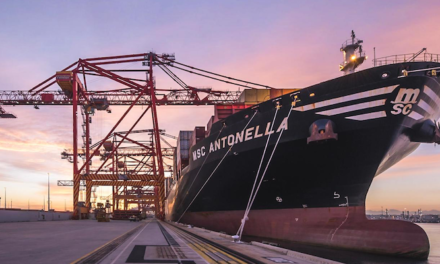