Mental health and the heavy toll on transport

According to icare, mental health is a growing area of concern for workplaces across the country, with increases seen in the number of mental health claims across all sectors.

Date from icare shows a 34% increase in mental health claims in New South Wales since the organisation was established in 2015 with mental health claimants from the road, freight and transport industry take an average of 119 days to return to work, costing about $54,000 each.

According to icare, the issue was highlighted by the Productivity Commission, which recently released a report looking at mental health and how lost productivity from mental ill health and self-harm is costing Australia up to $18bn a year.

“With mental health proving to be a growing challenge in the workplace, a primary focus for icare has been putting people ahead of process to generate better patient outcomes and help get people back to work quickly and safely,” said icare injury prevention manager Jen Cameron.

“Part of this focus on people has included initiatives such as icare’s Mental Health Forums, which place a focus on supporting and educating employers in mental health injury prevention, understanding complex trauma and steps that can be taken to support employees.”

Ms Cameron said icare recognised the need for workplaces to assess their work environments and consider how they could design and structure work to help employees thrive both within and outside the work environment.

“We know that there is still more work to be done within the transport industry but increasing awareness of the challenges of mental health and providing helpful programs is a positive step in the right direction,” Ms Cameron said. 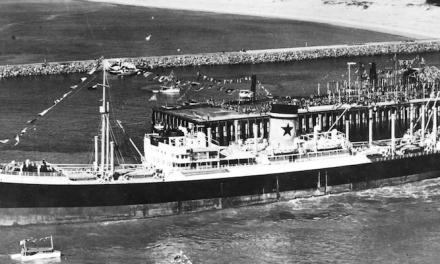