FREIGHT minister for Victoria Melissa Horne says the government is determined to reverse the decline in the proportion of freight moved by rail in the Port of Melbourne precinct.

Ms Horne also spoke of the potential of on-dock rail.

“We know that the port of Melbourne is capable of handling over 8mTEU annually, but we need boost its landside links to ensure how this can be achieved,” she said.

“How many containers we can shift onto rail will be a key factor in the port capacity.

“That is the aim of the port rail shuttle – to get the rail to shoulder some of the burden of moving metropolitan containers to and from the port.”

Ms Horne said establishing intermodal terminals at outer metropolitan Melbourne would reduce the need for trucks to visit the port.

“We’re not just talking about an amenity issue, here even getting trucks off suburban streets is important – We’re talking about a cost-efficient alternative to road transport,” she said.

“Because the Port of Melbourne is more highly dependent upon road transport than any other port in Australia.

“In net tonne kilometres, rail transport 22% of Victoria’s total freight task, but only 11% of total container throughput at the Port of Melbourne,” she said.

“This is down from 15% two decades ago – we want to reverse that decline.” 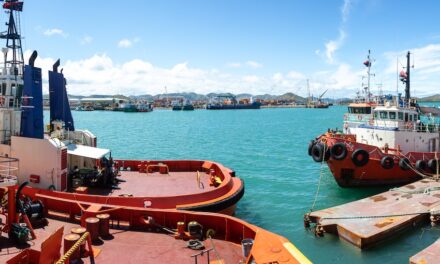