THE recently released report from the New South Wales Public Works Committee’s inquiry into the impact of Port of Newcastle sale arrangements on public works expenditure made three recommendations, all suggesting more study is needed.

The committee recommended that the Legislative council “consider establishing an inquiry into the ports transactions”, focused on the container cap contained in the port commitment deeds. This, the committee said should be established after the conclusion of the Federal Court proceedings involving the ACCC and NSW Ports.

Its second recommendation was that the NSW government conduct a detailed investigation of freight-rail options between the three major ports in the state: Newcastle, Botany and Kembla.

And its third and final recommendation was that the state government review New South Wales’ ports policy, including the potential for a container terminal at Newcastle.

The committee also made two findings:

The report stated that it found that public expenditure on Sydney’s transport project was driven by a number of factors, including the city’s growing population.

In the report’s foreword, the committee chair, Robert Brown of the Shooters, Fishers and Farmers party, said the inquiry had highlighted the complexities of the ports transactions, and had underlined the importance of container freight to New South Wales’ economy.

Mr Brown wrote that much of the evidence the inquiry received about the establishment of a container terminal at the Port of Newcastle was contradictory.

“The Port of Newcastle argues that while the proposed development will increase economic development in the area and reduce transport pressures in Sydney, the proposal is currently uneconomic due to provisions contained within the PCDs [port commitment deeds],” he wrote.

“On the other hand, the NSW Government argued that the leasing arrangements are based on long-term ports policy, which supports Port Botany as the state’s primary container port.”The full report can be read on the Parliament of New South Wales website. 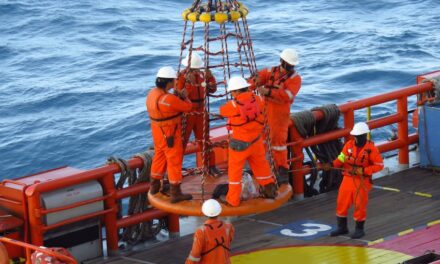