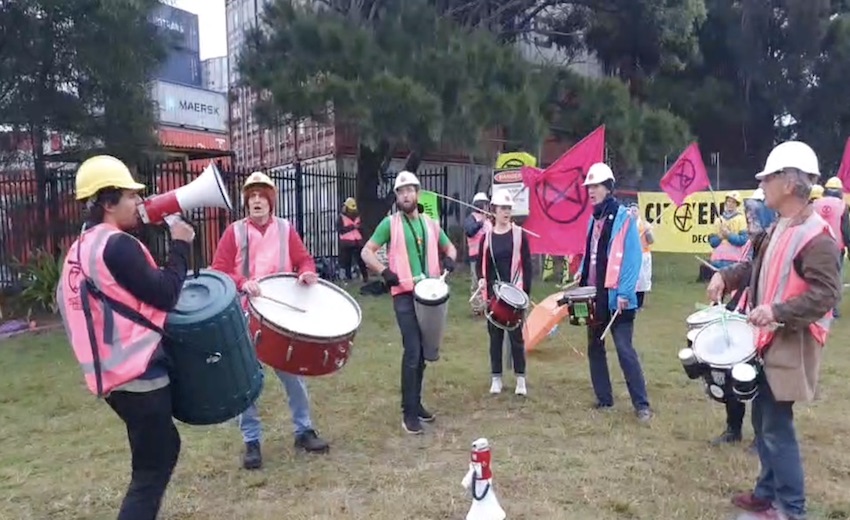 MEMBERS of climate action group Extinction Rebellion gathered outside terminals at Port Botany to disrupt the movement of fossil fuel tankers at two facilities, the LNG storage facility and the Vopal petroleum/diesel terminal.

The plan was for a “negotiated disruption” to run from 4pm until 6pm on Friendship Road, Port Botany. Effectively, several businesses – DP World’s container terminal, the Vopac terminal and the Port Botany Truck Marshalling Area – were closed from 2pm until 7pm.

An organiser of the action said, “We negotiated a disruption, we asked them for co-operation and I found that all the people I spoke to … being the maritime workers union and the transport workers union were very supportive.

“And then I spoke to the operators of the Vopac terminal … and their company had a positive attitude to a zero emissions target date … they were very keen to discuss it.”

He added that Vopac had asked its clients not to make deliveries by truck during the blockade, which ended up attracting around 20-30 members of Extinction Rebellion.

He said  port authorities were also “co-operative” and the agreements the group made with Police they found to be “reasonable”.

“We have invited all the participants in the running of this fossil fuel facility, which is critical to the New South Wales’ economy at this time, to co-operate with our blockade,” said the spokesperson.

“If we’re going to communicate clearly on a regular basis with the fossil fuel industry that their social licence has evaporated, this will not be the last [blockade].”

A spokesperson for Vopac told DCN, “Vopak worked closely with NSW Ports, NSW Police and other stakeholders to reach a good solution with the organiser – recognising that safety of everyone is our first priority.

“We embrace the right to demonstrate peacefully. As citizens of this planet, we share concerns with people around the world: we and believe that the world must pursue the dual objectives of limiting climate change to well below 2 degrees Celsius, in line with the Paris agreements, and providing access to affordable, acceptable and sustainable energy and feedstocks for all.”

The company said it enables the delivery of products that are vital to our economy and daily lives, ranging from chemicals, oils, gases and LNG to biofuels and vegoils.

“We are determined to develop key infrastructure solutions for the world’s changing energy and feedstock systems,” the Vopac spokesperson said.

In response to the blockade of Port Botany fuel import facilities, the Sydney Branch of the Maritime Union of Australia came out backing the call for immediate climate action.

“All fuel used in NSW is imported by sea. Just like every other job in carbon-intensive industries, we must take action now and plan a future for these workers in low emission jobs.

“We cannot afford to just wait for these jobs to disappear out from under these workers as the economy changes around us,” Mr Keating said.

“Workers currently running the country’s fuel imports have the skills to not only operate green hydrogen production, but also storage and distribution.

“Governments should be now actively enacting plans to transition the existing fuel import, storage and distribution infrastructure and workforce before its too late,” Mr Keating said.

The MUA has been driving a campaign for the development of publicly-owned renewable energy projects. 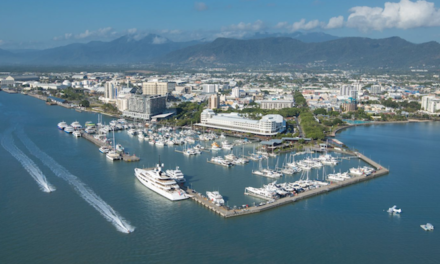 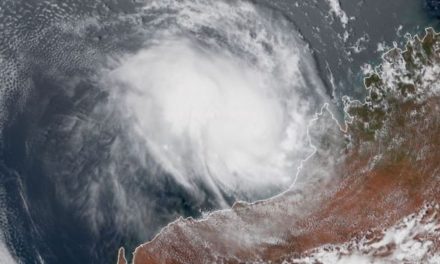 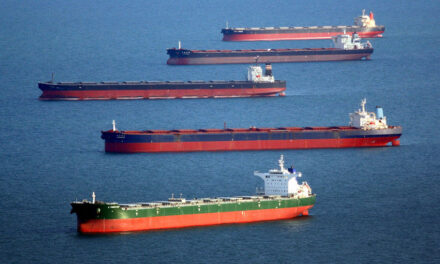