FREIGHT operations have been restored to full capacity on the main western rail line following a major landslip in the Blue Mountains last month.

The Main Western Line was damaged when extreme weather throughout early July caused a landslip between Blackheath and Mount Victoria. The damage had disrupted the movement of freight traveling to Port Botany.

“Thanks to the hard work of Sydney Trains, night-time freight operations were restored on the evening of 24 July and, since then, we have seen trains carrying coal, grain, bulk materials and general freight safely travelling the route,” Mr Farraway said.

“Once again, this vital rail line is connecting the Central West to our domestic and international markets.”

“The Blue Mountains rail line is a vital link in the national supply chain connecting thousands of regional exporters and importers and primary producers to ports, processing plants, freight terminals and mills across the state,” Mr Scurrah said.

“Each week, we haul more than 60,000 tonnes of goods and commodities on the Blue Mountains line, which is equivalent to taking about 1200 19-metre b-double trips off the state’s road network, notably the Great Western Highway, improving safety and reducing congestion and transport emissions.”

Sydney Trains crews, including workers from Greater Sydney, Wollongong and the Central Coast, worked around the clock for almost four weeks to restore the line.

Embankment repairs reportedly required around 40,000 tonnes of gabion rock, which was sourced from quarries including near Kiama on the South Coast and Marangaroo and Oberon in the Central West.

It is understood passenger services re-commenced on Saturday, the day after full freight operations resumed. 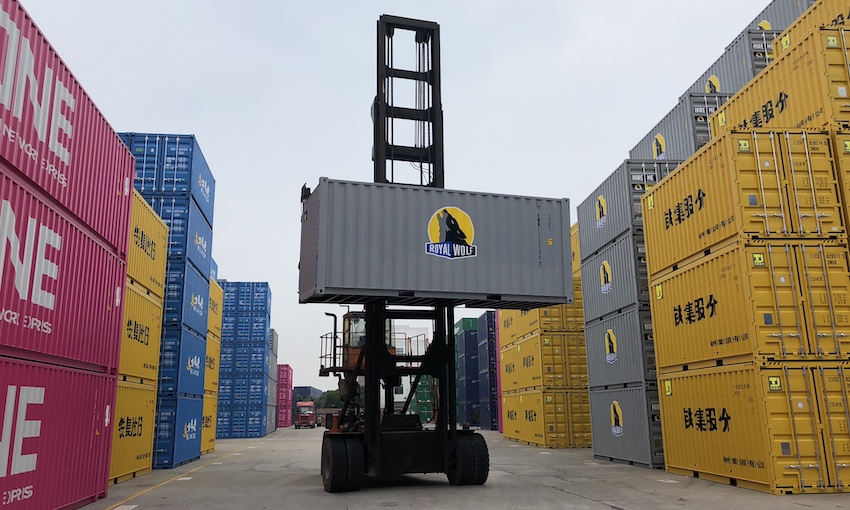