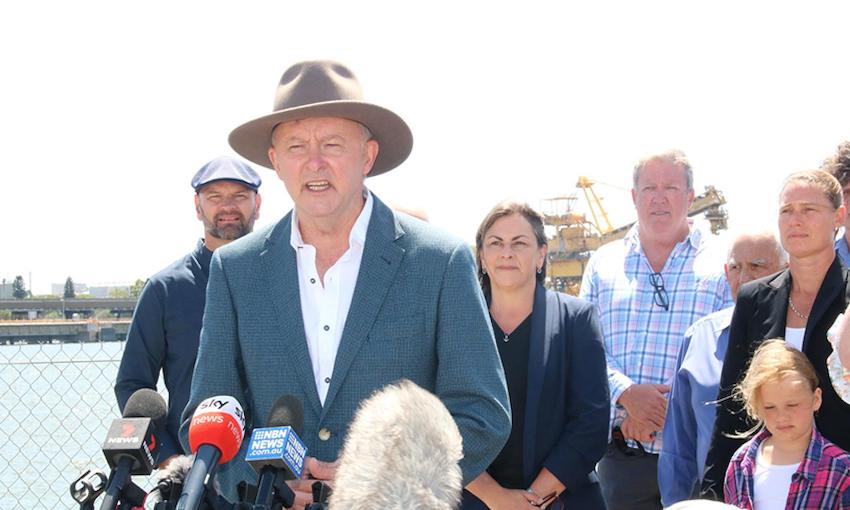 TRADE unions are celebrating the outcome of the federal election, anticipating its support for Australian seafarers and the establishment of a national fleet.

The International Transport Workers’ Federation and Maritime Union of Australia have both voiced their enthusiasm for the Labor government’s stated commitment to the nation’s maritime industry.

He suggested the industry had been in decline as seaborne trade was shifted onto flag of convenience ships “crewed by vulnerable and exploited international seafarers being paid as little as $2 per hour”.

“Every day we have got up … and sought to expose and oppose … tax avoidance, labour standard exploitation and negligence in their promotion of the lowest standards of international shipping in what is the most essential industry for our national security and economic success and independence,” Mr Crumlin said.

The ITF shared the MUA’s optimism, particularly around the establishment of a national fleet and improved rules on coastal trading.

ITF general secretary Stephen Cotton pointed out that 91 countries, including most of Australia’s trading partners, have cabotage laws “to protect their own maritime industries”.

“Their governments recognise a slew of benefits. National security. Fair competition. The maritime knowledge and technology a country needs. The creation of good quality jobs. Safety and security for ships and their crews. Marine environmental protection. Above all, it’s an essential step in tackling climate change,” he said.

According to the ITF, there is “overwhelming” consensus that the policy is vital to protecting Australia’s economic and security interests, but suggested Shipping Australia “is continuing to prosecute an ill-informed case against the establishment of a strategic national fleet”.

The ITF slammed SAL last week for what the union described as a “pre-election national fleet tantrum”.

Both sides of government had announced their support for support of a national fleet in the lead-up to the election. SAL then published an article cautioning against their support and outlined the many perceived failures of the Coastal Trading (Revitalising Australian Shipping) Act 2012, which can be accessed here.

Mr Cotton said SAL’s stance was “out of step with the shipowners that it is purporting to represent” as it persevered with “baseless claims” that cabotage laws had been failures.

“Shipping Australia has made itself largely irrelevant with its stance,” Mr Cotton said.

Chris Given, chair of the ITF’s global Cabotage Task Force, said shipowners should work with the government and maritime unions to build a prosperous industry for everyone.

“We look forward to the government’s plan for a strategic fleet and further work to strengthen cabotage in the maritime shipping sector in Australia,” Mr Given said.

“Australian workers, particularly seafarers, suffered greatly under the previous administration and we are optimistic that this new government will take immediate steps to right years of wrong-doing, bringing back decent, well-paid seafaring jobs,” he said.