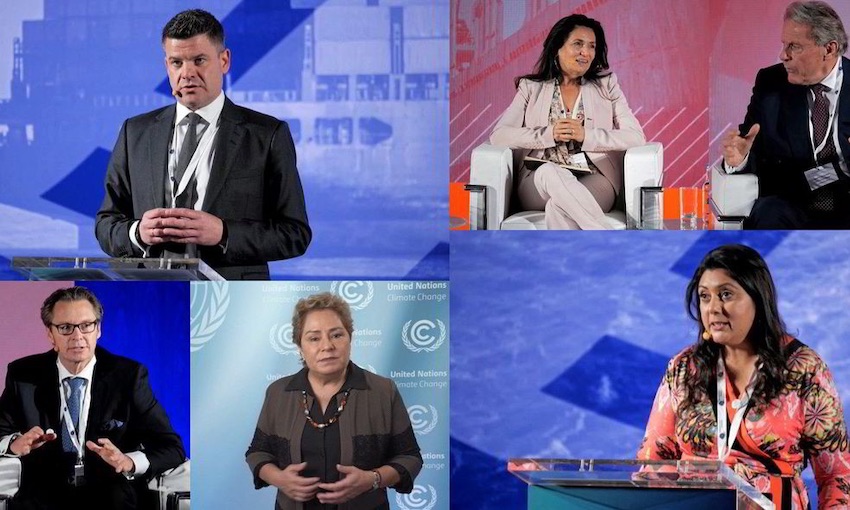 THE Shaping the Future of Shipping event held on 6 November in Glasgow attracted global heavyweights and decision makers in shipping.

Reports from the event have highlighted several key issues discussed at the meeting, namely the relative benefits of market or regulatory-based rules to reduce greenhouse gas emissions; the value of liquefied natural gas (LNG) as a transition fuel; and the need for investment in research and development.

The event, hosted by the International Chamber of Shipping, was attended by executives of shipping lines, cargo owners, ministers and UN representatives. Discussions at the forum are expected to inform the United Nations Framework Convention on Climate Change conference and the upcoming IMO climate committee meeting.

The global shipping industry has already called on the UN to halve industry’s mandated timeline for full decarbonisation to 2050. The International Chamber of Shipping has also backed a $5bn R&D fund to ensure zero-carbon ocean-going vessels are in the water by 2030.

Industry additionally supports a proposal to mandate a carbon levy on ships over 5000 gross tonnes via a global market-based mechanism.

Patricia Espinosa, executive secretary of the UNFCCC pointed to projections that shipping’s carbon emissions could surge by 50% to 200% by 2050 absent a change in direction.

She addressed the forum in a pre-recorded presentation saying, “That is a trend that is going in the wrong direction.

“Reversing this course will require an extraordinary commitment to change.”

Ms Espinosa said that if shipping is to align with the goals of the Paris Agreement, the industry will need to take extraordinary efforts to improve its carbon efficiency by 90%.

Esben Poulsson, chairman of ICS, said ahead of the conference, “The net zero carbon pathway that we have all committed to is not achievable without a rapid and unified increase in R&D spending.

“This is why we are looking to representatives of government, at no financial cost to their taxpayers, to approve the proposed $5bn R&D fund as soon as possible. Right now, it is being held back due to political hesitancy. This is the time for leaders to step up.”

Soren Toft, CEO of MSC Mediterranean Shipping Company said, “It is critical that a funding mechanism for global R&D is put in place to close the gap to net zero shipping.

“MSC believes we need a range of solutions with energy efficiency remaining a key component of the future approach.”

Svein Steimler, president and CEO at NYK Group Europe said, “We need governments across the world to ‘start walking the talk’ and do what is necessary to match the ambition shown by the industry and make a statement to the world by accepting proposals at the IMO for a $5bn R&D fund”.

He said the development of common rules will accelerate that of alternative fuels.

Vassilios Demetriades, Cyprus’ deputy minister for shipping, suggested an “extroverted approach” to decarbonising shipping, where industry and regulators work together.

“We need to strike a balance between ambition, and being pragmatic and realistic,” he said.

Several shipowners and operators defended the use of LNG as a transitional fuel on the path toward decarbonisation, stating that alternative fuels still require significant development.

Rolf Habben Jansen, CEO Hapag-Lloyd said, “We talk a lot about synthetic fuels and carbon neutral fuels, but they are not available at scale yet, so that means we need to find a way to get there and build the ships in a way that they can also deal with different types of fuel.

“What’s important is that you have a stable regulatory framework where you can plan for a longer period, because ships we tend to buy for 20 or 25 years, and the decisions we need to make today are not only for 2023 or 2025 but basically up to 2045 or 2050, so I think a longer-term horizon would be really helpful.”

Knut Ørbeck-Nilssen, CEO of DNV Maritime said, “LNG gives savings of 15% – 25% in CO2 emissions. It might not be perfect, but I can assure you that if you were able to save 20% on your cost, you wouldn’t dismiss it”. 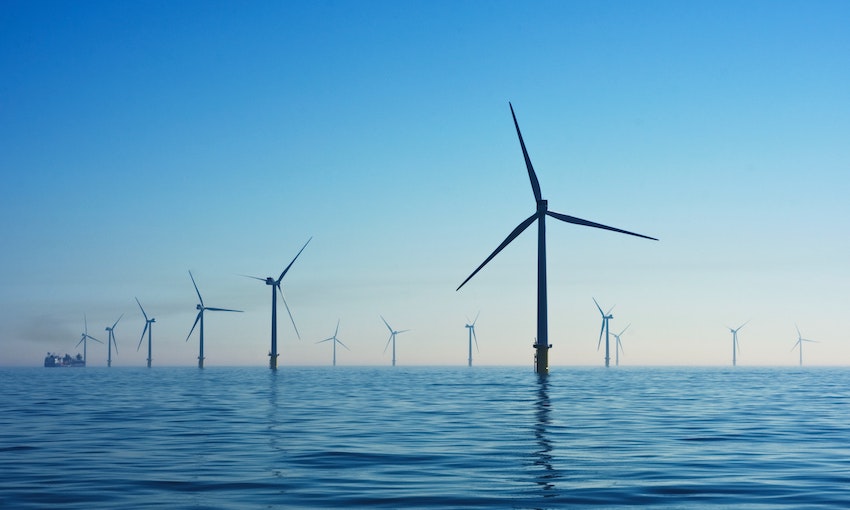 Zero-emission shipping viable through a mix of policy measures: report 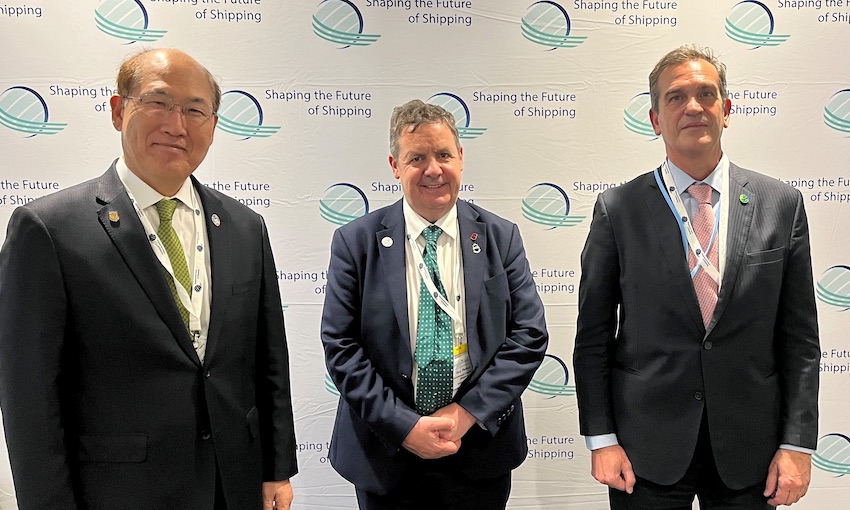 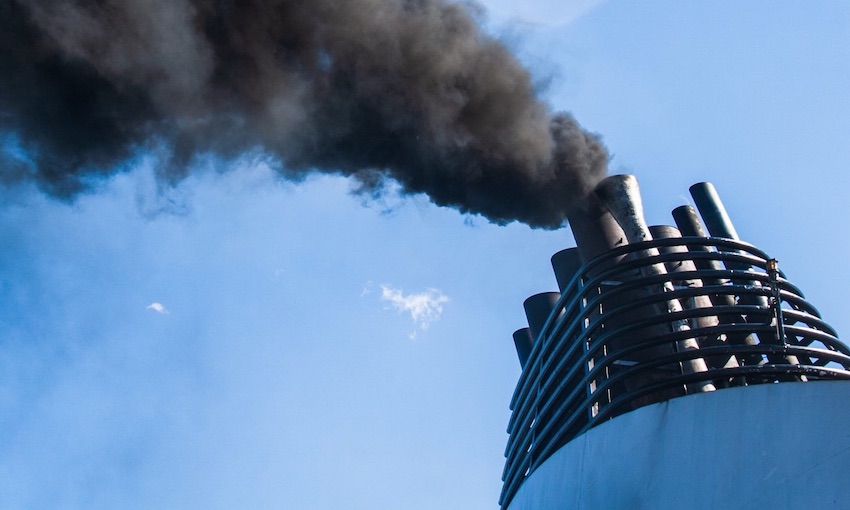 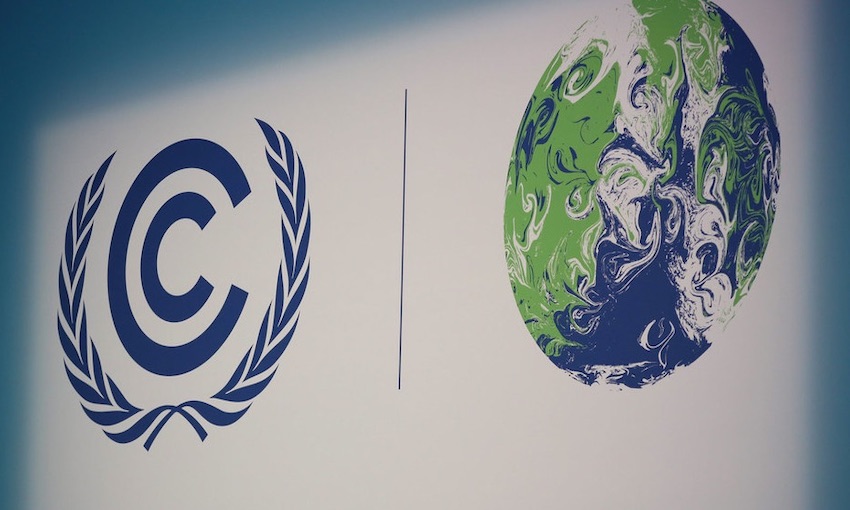