The week in bulk: A softer week 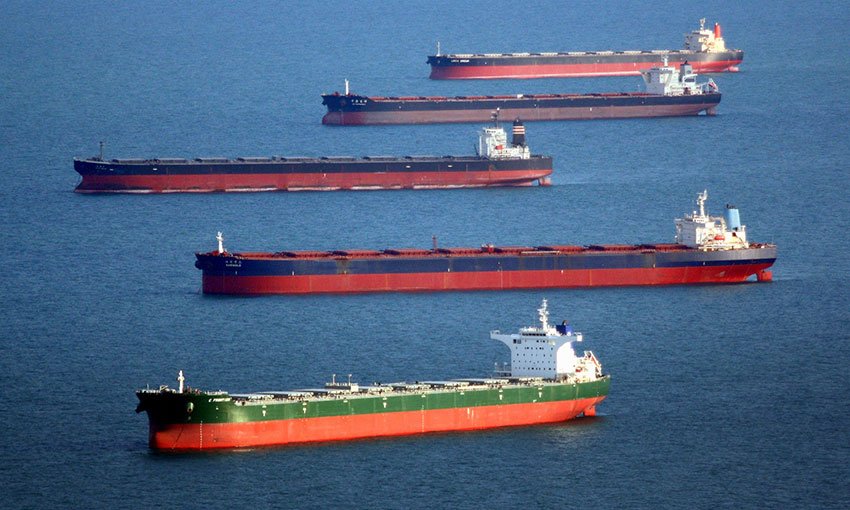 THE Baltic Dry Index lost ground over the past week. The index started the week at 2114. The BDI lost ground from there, ending the week on 29 July at 1895.

The Capesize market lost ground throughout the week with the average of the five time charter routes trending down from US$21,526 on Monday to US$17,255 on Friday.

The west Australia to Qingdao route lost US$1 over the week, with fixtures at US$9.75 at the close, whilst the Brazil to Qingdao trade fell below US$26 by Friday. Limited activity surfaced from the North Atlantic region as both fronthaul and Transatlantic cargoes appeared lacking. A Saldanha Bay to Rotterdam cargo was fixed below US$8 and an Australia to Ijmuiden cargo was fixed in the low/midUS$20s, both showing a much lower time charter equivalent value on the backhaul run. The route index eventually dropped into negative territory at -US$472. It was the first time since the end of February that the revised backhaul run fallen below 0 dollars. In contrast to the current negative sentiment, the peak of the year for the route was in May at over US$30,000 per day.

Another softer week for the Panamax market as owners felt the recent pressure continue across all basins, some limited resistance shown in the North Atlantic but this was largely position led with fundamentals weaker overall. The P1A route hovered in the US$19,000s all week, although bids in the latter part of the week were heard to be closer to US$17,500. Activity ex EC South America was mostly flat with end August/early September arrival dates floating around the US$18,500 mark. Asia saw glimpses of fresh demand ex Australia and to a lesser degree NoPac, but rates drifted over the week with the tonnage count surpassing any demand. A rate of US$16,750 was concluded by an 81,000-dwt delivery Japan for a NoPac round trip midweek, but returned closer to mid US$15,000s for the same trade by the end of the week. Period activity was muted, however an 81,000-dwt delivery Vietnam achieved a shade over US$20,000 for six to eight months trading.

For the most part, Atlantic activity was limited with the summer season in full flow and negative sentiment visible across both basins. A 63,000-dwt open in Cotonou for early August fixed via East Coast South America to Singapore-Japan range at US$24,000 and a 64,000-dwt fixed basis delivery East Coast South America to Singapore-Japan range at US$18,800, plus a ballast bonus of US$880,000. A 56,000-dwt fixed from SW Pass to the Continent with an intended cargo of Petcoke at US$29,000 whilst a 55,000-dwt fixed from South Spain to West Africa at US$21,000. In Asia a 58,000-dwt fixed from Singapore via Indonesia to China at US$18,000. A 63,000-dwt was rumoured to have been fixed for a trip from Japan to the US Gulf at US$22,000. On the period front a 63,000-dwt open prompt in Singapore fixed for four to six months at US$33,000 with the scrubber for Charterers benefit.

This week the Middle East Gulf LR2s have seen a small upturn, climbing 7.5 points to WS240 on TC1 then plateauing. The LR1s have been tested down reflected in the TC5 index dropping 28.92 points to WS256.79. We understand this has been from a glut of prompt available tonnage, amongst other factors.

The MRs of TC17 have also taken a downturn, after peaking at WS500 this time last week they have lost 43.34 points systematically over the last few days to settle at WS455.83 at time of writing. In the West, the LR2s of TC15 have ticked up again this week just climbing over the US$4 million mark seemingly sentiment driven with this run still to be tested.

On TC16 the LR1s have again been stable all week in the mid WS220s and still returning US$33,000 per day TCE round-trip.

On the UK-Continent, MR activity has been in full swing this week and subsequently freight levels have popped up. TC2 and TC19 have both risen 65 points across the last few days with TC2 now marked at WS336.67 and TC19 pegged at WS345.

In the Baltic, TC9 has continued along at the WS500-WS505 mark this week with the round-trip TCE still also holding at around US$60,000 per day.