The week in bulk: A week of headwinds and holidays 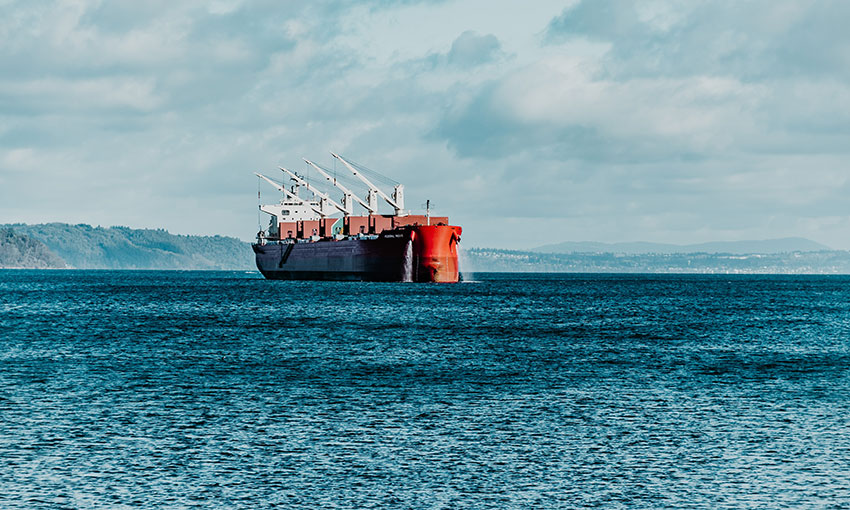 A bulk carrier near the Port of Tacoma, Washington, US. Image Manda Hansen/Unsplash
ADVERTISEMENT

The Capesize market softened this week as global market concerns kept the headwinds coming. The softening of values was felt across all Capesize 5TC routes as the index lowered throughout the week by -4609 to US$19,665. Friday saw a slight uptick in value but little could be read into it at this stage.

The impact of sharply rising fuel prices countered much of the slide in rate levels on voyage routes as the main Capesize volume routes Brazil to China C3 and West Australia to China C5 settled at US$31.37 and US$12.495 respectively. While some routes like Indonesian to India for coal remain relatively busy the overall fixture volume in the Pacific remains insufficient to push the market.

There are said to be some pockets of resistance emerging from owners in the Pacific. The ballaster lineup is heard to be well-stocked currently. This is keeping the Atlantic routes well tonnaged which lessens the possibility for any dramatic sparks in value. With the large Posidonia event currently being held in Greece, this week’s attention is surely distracted, while next week it should be back to all hands on deck.

Another week interrupted by holidays in Asia and Europe, combined with many market players in Greece for Posidonia, that has led to a rather lacklustre seven days with falling sentiment, rising tonnage lists and subsequently falling rates across the board.

The BPI lost 222 points over the week to close at 2629 and the P5TC weighted average lost US$2001 to close at US$23,662. Owners in the east were holding firm at the start of the week; however, by the weekend trips for Indonesia/India were lower than last done with owners reducing offers to find cover.

As the week progressed there were increasing cargoes for NoPac on forward dates but this did not offer much prompt support. The Atlantic was likewise under pressure with a rising tonnage list competing for limited Transatlantic and ECSA business further eroding rates for the latter. There was a period fixture with a 2010, 82,000-dwt fixed for 12 months at US$29,000. However, it was reported that period enquiry has weakened amid losses on the FFA market over the week, despite a small rally at the close.

With many people away from their desks due to Posidonia the market in many areas saw a change in direction as rates from key areas such as the US Gulf and East Coast South America fell away.

From Asia, limited fresh enquiry also appeared from the south but further north limited support remained for backhaul runs. Period activity was limited, but a 64,000-dwt was heard fixed for one year delivery China at US$31,000 with redelivery worldwide.

In the Atlantic, from the Continent a 63,000-dwt was fixed for a scrap run to the East Mediterranean in the low US$19,000s. From the South Atlantic, Ultramax size was fixing very low US$20,000s plus around US$1 million ballast bonus. From Asia, a 61,000-dwt open Manila fixed a trip via Indonesia redelivery West Coast India at US$35,000.

For Pacific rounds a Supramax was heard to have fixed around US$30,000 for an Australian round voyage.

With Posidonia and holidays this week, activity was limited and sentiment was negative.

In East Coast South America due to a lack of enquiry, levels have dropped considerably with a 38,000-dwt fixing from Recalada to the Continent at US$26,500, and 34,000-dwt fixing from Fazendinha to Morocco with an intended cargo of grains at US$22,000.