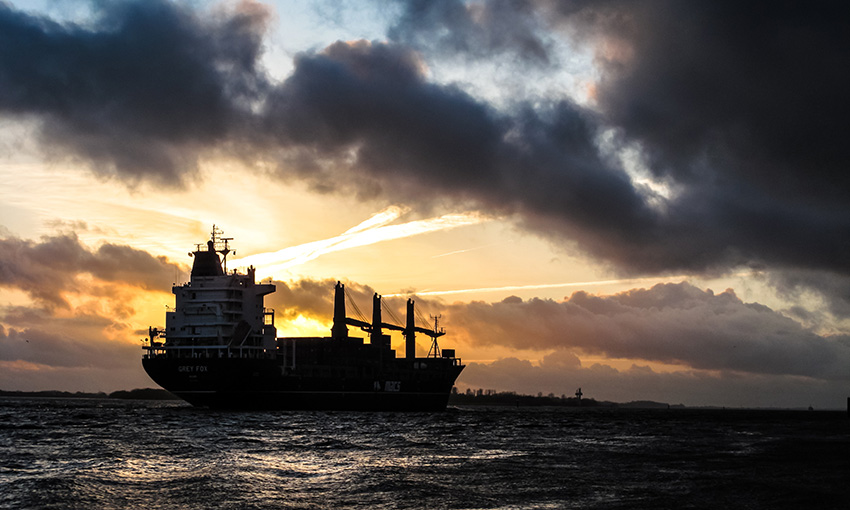 THE Baltic Dry Index continued its rise last week, hitting 3344 on Friday (20 May). This was an increase of 8% on the previous Friday’s number (3104). The last time the BDI was above 3300 was in early December of last year.

The Capesize market began the week at the summit of the recent rally. This necessitated a breather before sentiment strengthened, helping it to push up throughout the week and marking new highs for the year. The Capesize 5TC rose +US$4805 over the week to close at US$37,538.

The Pacific region, while easily the premium region to trade currently, was in somewhat of a holding pattern whilst it awaited other regions to catch up.

The Transpacific C10 dipped slightly at weeks end to US$37,538. In the Atlantic Basin fixing activity increased, admittedly from a very low level, and now looks to have sparked the region to life with some solid gains with the transatlantic lifting a whole +US$8,900 over the week to US$32,150. The region was a mixture of fixtures from less usual routes including Brazil to the Arabian Gulf, South Africa to the Continent and Brazil to the Mediterranean on a base of Brazil to Far East, which all combined into a cocktail of positive drive and sentiment.

Whether it’s all sustainable is yet to be seen, but finally the Atlantic is strongly back in the mix contributing and not getting splinters sitting on the bench.

A flat ending to the week for the Panamax market, with a major shipping function in the west and Asian holidays ultimately impacting markets despite market fundamentals appearing largely positive.

The Atlantic saw steady support from the grain trades over the week. And, with mineral demand mostly absent, the transatlantic grain trips lent the most support with approximately US$30,000 being the mean average. However, the front haul trips hovered around the US$40,000 mark.

Rates firmed in Asia as the week progressed, the basin looked largely NoPac centric with solid levels of demand. US$30,000 fixed midweek on an 82,000-dwt delivery Japan, whilst an 81,000-dwt delivery South Korea achieved US$30,000 for a trip via EC Australia redelivery India with coal, highlighting a steady rate for this trade too. Despite substantial moves in the FFA market this week period activity remained slow, although there were reports of an 82,000-dwt delivery China agreeing close to US$27,000 for nine to 11 months trading.

Like the other sectors, a split market appeared during the course of the week and the Atlantic slowed down as many travelled to Denmark.

By contrast, after the Singapore holiday on Monday, positive sentiment gained as more enquiry came into play. The appetite for period cover increased, brokers said. However, a lot was concluded on private terms.

From the Atlantic limited action surfaced. A 55,600-dwt open Klaipeda fixed a trip to the East Mediterranean in the mid US$20,000s. From Asia, strength remained in backhaul demand. A 56,000-dwt fixed delivery Bohai Bay redelivery Mediterranean at US$43,500. Pacific-orientated business saw stronger interest. A 61,000-dwt fixing delivery Philippines via Indonesia redelivery West Coast India at US$40,000. Whilst a 60,000-dwt open Busan fixed a NoPac round redelivery Singapore-Japan in the low US$30,000s. From the Indian Ocean interest remained. A 56,600-dwt fixing delivery Chennai via East Coast India redelivery China at US$27,750.

A week of limited activity with holidays and the Danish shipbrokers event, resulting in a split market as the Atlantic softened across all areas. The biggest drops came in the US Gulf, where a 35,000-dwt open in Puerto Rico fixed a trip to Morocco at around US$30,000. A 39,000-dwt was rumoured to have been fixed for a trip from the SW Pass to Atlantic Colombia at US$31,500.

In the west, the LRs have been flat this week and the prior boost, which was driven by the Arabian Gulf market firming, looks to have lost steam. TC15 has resettled at US$4.75 million for the moment and TC16 remained level around WS240 all week.

In Northern Europe the rate for 80,000mt Hound Point/UK-Continent is 3.5 points lower than a week ago at a shade below WS140 (a round-trip TCE of US$15,900 per day). In the Baltic Sea the war in Ukraine, and the resultant Russian sanctions, continued to have an effect on fixture activity on the 100,000mt Primorsk/UK Continent route where the rate is now assessed 39 points lower this week at between WS162.5-165 (a round-voyage TCE of US$35,000 per day). The only fixture noted was Litasco reportedly chartering a Greek controlled Aframax at WS165 for the UK Continent option.