The week in bulk: BDI falls, headwinds in Capesize and Panamax markets 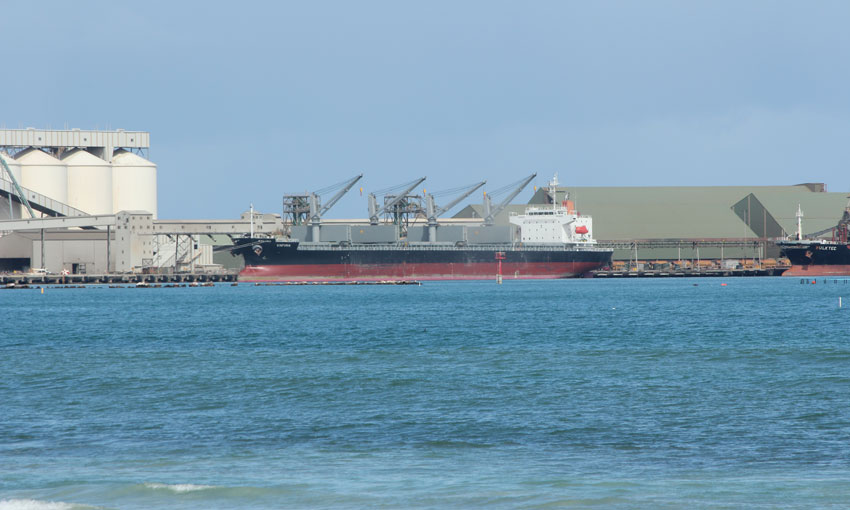 A file photo of the Port of Geraldton; Oliver Probert/DCN
ADVERTISEMENT

THE Baltic Dry Index fell off a bit of a cliff last week, with a precipitous decline over the five days to Friday.

This week, the tailwinds turned to headwinds for the Capesize market as a dip in values amongst bearish sentiment was evident for most regions.

The Pacific Ocean trade had the charterers in the driving seat as they often managed to achieve lower than last done fixing levels throughout the week as they encountered ample tonnage options. This was reflected on the C5 West Australia to Qingdao route as it opened the week at US$15.05 to close at US$11.741, while the Transpacific C10 closed at US$19,313.

With the driving force of the Pacific basin now waning, the Atlantic region has followed suit. With low spot market cargo levels and tonnage building in the area, the return to lower levels looks likely. The Transatlantic C8 dropped to US$22,100 by Friday. Ballaster tonnage for the South Africa and Brazil to Far East trade is heard to be building, coinciding with some sharp drops in the Tubarao to Qingdao C3 route, which now stands at US$31.675.

Backhaul trade, which has been in hot form lately was quieter this week, while a more standard shorter variant of backhaul trade from South Africa to the Continent was heard fixing at much lower than published levels. This set the bar down considerably lower on the C16 Backhaul route, almost halving the value by week’s end to US$17,350.

A week of negativity engulfed the Panamax market with all rates falling sharply. Reduced fixing volumes and a buildup of tonnage in most origins gave charterers the upper hand and reduced bids consequently became common theme.

The Atlantic lacked any real demand both in the north and the south this week. Ballaster tonnage began to show signs of under pinning rates and several APS load port deals were now concluded and being traded. Earlier in the week a 82,000-dwt delivery Gibraltar was able to achieve US$29,500 for a transatlantic round via North Coast South America, but such levels were unrepeatable by the end week.

Asia began the week with some healthy NoPac demand and an 81,000-dwt delivery Japan achieved a rate of just over US$30,000, albeit on a pet coke trip which normally commands a premium. However, rates by the end of the week for standard Australia/NoPac trips were reduced to being traded at closer to US$26,000 levels.

A rather protracted week as widespread European holidays dimmed activity levels. Sentiment eased in most areas as the week closed.

From Asia, the week started on an optimistic note. However, there was limited fresh enquiry from the south which saw an easing in owners expectations. Further north there was a more positive feel again, but as the week closed this was being eroded. Period activity saw a 63,000-dwt open Jakarta fixing minimum to about six months trading at US$36,500.

With holidays in large parts of Europe and many places round the world, activity was limited.

TC17 35kt Middle East Gulf/East Africa has traded softer this week we believe off the back of the LR market direction. The index has dropped 15.42 points to WS369.58.

In the west, the LR2s have been following a similar pattern to the AG market. TC15 has dropped to below US$4m for the first time since the beginning of May, currently pegged at US$3.98m (-US$650K). The LR1s of TC16 look to have plateaued at WS240 for the moment.

MRs in North West Europe have been sideways/soft this week with a fluctuating balance between available tonnage and demand. TC2 37k UK-Continent/US Atlantic Coast came off 13.34 points to WS329.44 and TC19 37k UK-Continent/West Africa followed suit to WS340 (-12.14).

In the US Gulf freight rates have been volatile this week. TC14 38k US Gulf/UK-Continent has settled back down at WS275 for the moment after peaking around WS300 midweek. TC18 38k US Gulf/Brazil behaved similarly and ended up at WS372.86 after topping out at WS399.

In the Handymax sector, enquiry slowed on TC6 with a geographical spread opening in the market and the index dropped 82.13 points to WS446.18. In the Baltic TC9 managed to tick up five points to WS429.29.

VLCC rates were very slightly firmer this week, although it appears the higher bunker price have nullified these rate rises in terms of income. 280,000mt Middle East Gulf/USG (via Cape of Good Hope) is assessed half a point higher at WS24.7, with Exxon reported on subs for a trip to the Continent via the Suez Canal at WS24.75.

Rates for the 135,000mt Black Sea/Augusta route fell 1.5 points this week to just below WS113 (a round-trip TCE of US$18,000 per day), with one fixture reported on this route – an oil trader relet to Exxon at WS107.5. With a very active Atlantic market, specifically West African, South American and US Gulf load ports, rates for 130,000mt Nigeria/UKC have climbed up 12.5 points to WS103 (a round-trip TCE of about US$14,100 per day). In the Middle East, fixing activity has been steady this week while the list of available tonnage has dwindled. This is in part due to the more attractive Atlantic market pulling ballasters from the East to the West. Consequently rates for 140,000mt Basra/West Mediterranean have leapt almost 12 points to about WS56. Several ships were reported on subjects to a Turkish refiner alongside reports of French and British oil companies also fixing into Europe from the Middle East Gulf.

Across the Atlantic, the markets continued on an upward trajectory. Rates for the shorter-haul 70,000mt EC Mexico/US Gulf route jumped 26 points to between WS215-217.5 range (a round-trip TCE of US$35,500 per day) and for the 70,000mt Caribbean/US Gulf route rates ascended 25 points to WS205 (a round-trip TCE of about US$28,400 per day). For the transatlantic trip of 70,000mt US Gulf/UK Continent, rates rose another 26 points close to WS195 (US$25,700 per day round-tip TCE). This is enticing some owners to ballast from Southern Europe and Mediterranean regions.