The week in bulk: Capesize market picks up, Panamax market slows down 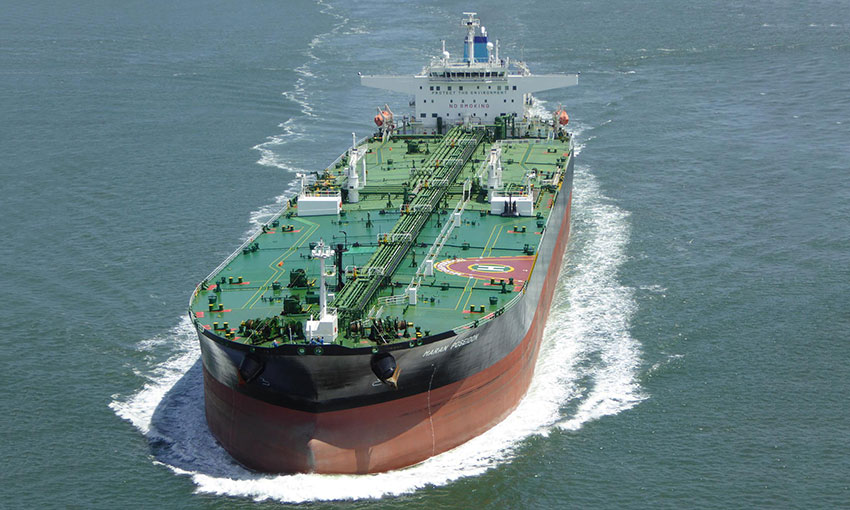 THE Baltic Dry Index ended last week at 2150 after a climb from 2067 on the previous Friday. The index dipped slightly in the middle of the week, hitting a nadir of 2002 on Wednesday. It went up to 2010 on Thursday and rocketed to 2150 on Friday.

Firmer sentiment across both basins pushed the Capesize 5TC route average above the US$20,000 threshold this week, closing at US$24,209.

Activity in the Pacific gradually picked up midweek after a public holiday in Singapore on Monday. The West Australia to Qingdao iron ore trade climbed closer to US$11, with fixtures reported at better rates towards the end of the week.

Meanwhile, the market saw a lowering of vessels in ballast able to make end July dates – or even early August – loading in Brazil. Quite a few cargoes from Brazil and West Africa were fixed to Qingdao, with a China-Brazil round trip paying nearly US$20,000 per day.

In the North Atlantic, rates roared on both transatlantic and fronthaul trips. The latter remained as the most rewarding route pricing at US$53,611 to perform a run from Continent/Mediterranean to the Far East.

The Panamax market provided further losses this week and is showing little signs of abating. Despite a steady level of activity, this failed to stem the tide with both basins yielding significant losses.

The Atlantic saw rates erode for a further successive week, as pressure from the nearby and committed ships continued to underpin the market. From East Coast South America, the focus this week was on end July arrival with APS load port rates now hovering around the US$20,000 + US$1,000,000 mark, but continued to ease throughout the week.

Asia similarly witnessed another week of falls. Again a lack of demand on the longer round trips added further pressure to an already weak market. There were reports midweek of a 75,000-dwt delivery Japan achieving US$16,000 for a NoPac round trip, but activity remained light as the market drifted. Like previous weeks, older and smaller units tended to soak up much of the limited Indonesia demand.

Sentiment waned in most areas, with the exception being from the US Gulf. Rates remained relatively firm from there for both runs to the Pacific and within the Atlantic. Limited fresh enquiry elsewhere saw a build up of tonnage leading to downward pressure on rates.

There was a good supply of prompt tonnage in the Asian arena, with a 56,000-dwt open Indonesia now seeing in the low US$20,000s for trips to China.

Backhaul demand eased as well. However, a 63,000-dwt open Dafeng mid-July was heard fixed via Taiwan redelivery Continent with steels at around US$30,000.

East Coast South America made positive gains over the week with sources citing a lack of tonnage for end July as the main driving force.

The Mediterranean was also more active. A 35,000-dwt fixed from Çanakkale via Black Sea to Tunisia at US$16,000.

In Asia, activity had been limited and sentiment remained soft. A 38,000-dwt was rumoured to have been fixed for a trip from CJK via Indonesia to Japan at US$21,000 and a 40,000-dwt fixed from Lanshan via Japan to New Zealand at US$15,000 with a cargo of cement.

In the Middle East Gulf this week both the LRs and MRs look to have plateaued and show signs of returning upwards at the time of writing. TC1 levelled off at WS200 and has started to tick up again, currently pegged at WS203.57 (+WS1.78). In the market, WS202.5 is widely reported on subjects multiple times at present. TC5 bottomed out at WS285 midweek and has then ticked up five points to WS290, returning US$38k /day round trip TCE. On the MRs TC17 stopped declining at just over WS450 in the middle of the week and since then returned up to WS460.

On the UK-Continent the MRs were much busier this week. However, there was plenty of available tonnage to prevent rates from rising sharply. TC2 rose an incremental 2.78 points to WS315.28 (US$29.1k /day round trip TCE) and TC19 followed suit holding around WS325 all week.

VLCC rates stayed on an upward trend. 270,000mt Middle East Gulf/China rates gained another point to WS58 (a round-trip TCE of minus US$700 per day). Meanwhile, the 280,000mt Middle East Gulf/USG (via Cape of Good Hope) trip is maintained at WS33 again. In the Atlantic, rates for 260,000mt West Africa/China rose by a solitary point to WS58.5-59 level (about US$2,000 per day round-trip TCE) and the US Gulf export volumes continue to provide optionality for owners, with cargoes to the East and to Europe. The rate for the 270,000mt US Gulf/China voyage jumped another US$262,500 to just shy of US$7.2 million (a round-trip TCE of just above zero per day).

Rates for 135,000mt Black Sea/Augusta recovered the recent lost ground, gaining eight points to a fraction below WS134 (a round-trip TCE of US$34,700 per day). The 130,000mt Nigeria/UKC route was boosted 14 points to between the WS127.5/130 level (a round-trip TCE of US$30,000 per day). In the Middle East, the rate for 140,000mt Basra/West Mediterranean jumped 20 points to WS77.5 having started the week at mid-WS50s and a handful of charterers covering the remaining July stems with the rate on each fixture higher than the last.