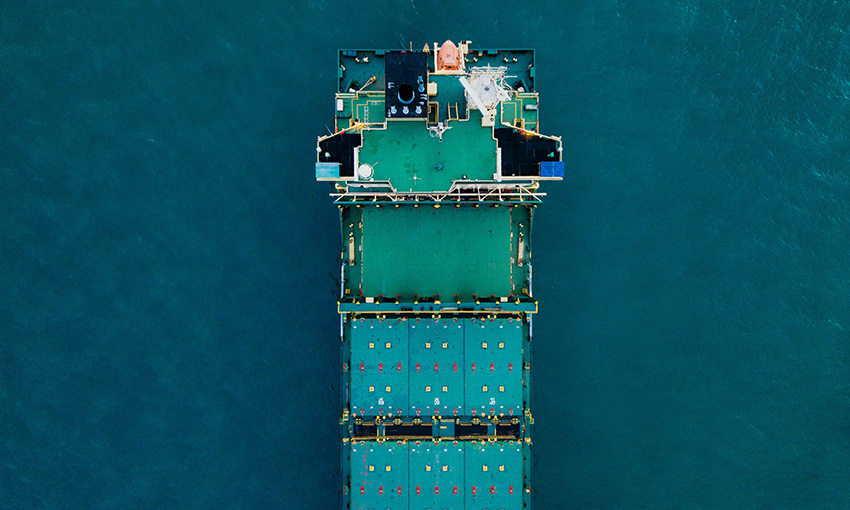 THE Baltic Dry Index continued the past few weeks’ slow and steady decline, settling at 2067 on Friday 8 July. This was a 7% decline on the previous Friday (1 July), and an 11% decline on the Friday before that (24 June).

Overall the market was active in both basins, especially with more fixtures reported from the North Atlantic in midweek. With limited cargo interest at the beginning of the week rates remained negative.

The West Australia to Qingdao trade failed to maintain the previous week’s level of US$11, but climbed back to mid US$11s on Thursday before having a marginal decline again on Friday.

The ballast trade from Brazil to Qingdao remained above US$30, slightly lower than last Friday’s US$30.40 week-on-week.

In the North Atlantic, the sentiment was said to be better as the week closed for trans-Atlantic round voyages.

Despite improving bids, no new benchmark had set further than the last done or actually reflected a higher time charter equivalent value. By end of the week, the trans-Atlantic run settled at nearly US$24,000 whilst the trans-Pacific round voyage closed at US$14,205. The Capesize 5TC average gained US$539 to finish at US$18,825 for the first full week of July.

It has been another week which saw further significant losses. A similar pattern emerged in both basins, owing much to a lack of mineral demand in the Atlantic basin and little fresh cargo emerging from both Australia and NoPac in Asia.

Trans-Atlantic rates fell sharply to sub US$20,000 on inferior described ships whilst reports had an 82,000-dwt delivery North France achieving US$31,250 for a trip via US Gulf redelivery Far East.

Elsewhere, limited bids were available. Asia still lacked any meaningful cargo both ex Australia and in the north of the region. Consequently, rates came under pressure across the board despite another week of healthy demand from Indonesia. The bid/offer spread on the longer rounds remained wide all week. A 75,000-dwt delivery Korea agreed to US$17,000 for a NoPac round trip typifying the lack of support in the region. There was limited period activity, although an 81,000-dwt delivery China accomplished low US$23,000s for a 10/12 months period.

A rather tricky week for owners with both basins still under pressure and bearish sentiment remaining in many areas. Very little period surfaced, but a 60,000-dwt was heard fixed delivery Far East August/September dates for two years at 113 percent of BSI.

In the Atlantic, the only positivity was seen from the US Gulf region which bucked the overall downward trend. A 52,000-dwt open US East Coast was fixed in the upper US$20,000s for a trip to the Mediterranean. It was a positional week from the South Atlantic. A 63,000-dwt fixed a trip delivery Tubarao redelivery Bangladesh at US$29,000 plus US$450,000 ballast bonus.

From Asia, it was a similar situation with sentiment remaining negative due to limited steel demand from the north and a good amount of prompt tonnage in the south.

A week of limited activity, brokers said this was mostly due to limited fresh enquiry in both basins putting negative pressure on rates.

In East Coast South America, a 36,000-dwt was fixed from Barcarena to Italy with an intended cargo of grains at US$22,000.

All eyes looking to the upcoming week to see if there will be a change in direction.

In the West, the LR2s of TC15 had a significant freight correction this week with US$3.75m fixed twice on the same day leading the index to currently sit at this level and taking the TCE for this run back into the negative. The LR1s on TC16 has been resolute, holding around WS240 all week and consistently fixing at this level.

The USG MR market resurgence halted this week. This was then followed by an inevitable downturn as a result of Independence Day and reduced activity. TC14 has dropped to WS240 (-WS30) and TC18 has similarly dipped WS248.33 to WS337.5 (US$36,000 pd round trip TCE).

On the Handymax TC6 has been tested down significantly this week by what little enquiry there has been. TC6 has lost 131.56 points this week and currently sits at WS323.75 and the round trip TCE dropping from US$80,000 pd to the mid US$40,000s.

In the Baltic TC9 has been resolute this week, unwavering from WS510 and the bunker price fluctuations have just taken the round trip TCE up over the US$60,000 pd mark at time of writing.

In the Atlantic, rates for 260,000mt West Africa/China were flat at the WS57-58 level (minus US$3,600 pd round-trip TCE). However, USG exports had a surge on various different asset sizes resulting in a handful of fixtures on the VLCCs and the rate for the 270,000mt US Gulf/China voyage jumped US$643,000 to just shy of US$6.9 million (a round-trip TCE of minus US$6,600 pd). Some overnight reports now have a major Chinese charterer on subs with a Cosco vessel at US$6.9 million.

In the Middle East, rates for the 140,000mt Basra/West Mediterranean slipped two points to WS55. The latest report today is of a vessel on subjects at WS57, but no other details were available at the time of writing.

The Mediterranean market continued to face downward pressure with Libya, alongside the Russian uncertainty, leaving the position list quite long. Rates for 80,000mt Ceyhan/West Mediterranean fell another 2.5 points to just below the WS160 mark (a round-trip TCE of about US$26,000 pd). Northern European activity perked up with a few fixtures basis loading in the North Sea being done quietly and rates have also picked up. 80,000mt Hound Point/UK Continent is now worth 29 points more than a week ago at WS180 (a daily round trip TCE of US$44,800). Meanwhile, the 100,000mt Primorsk/UK Cont route showed a more modest improvement of nine points at a touch above WS197.5 (a round trip TCE of US$54,300 pd). Across the Atlantic, a much more exciting story unfolded with charterers coming to the market as the position list was shortening. Rates for the 70,000mt EC Mexico/US Gulf route continued on the upward trajectory with each fixture being done at a higher level than the last, rising 85 points for the week to just over WS280 (a round-trip TCE of US$60,100 pd). The 70,000mt Caribbean/US Gulf trip, where sentiment is closely aligned to that of the EC Mexico/US Gulf route, saw rates catapult a further 67 points to WS258 (a round-trip TCE of about US$46,600 pd). For the trans-Atlantic trip of 70,000mt US Gulf/UK Continent, rates improved by a significant 26 points to almost WS209 (US$30,500 pd round-tip TCE). This looks likely to entice ballasters from other regions.