The week in bulk: Has the Capesize market hit bottom? 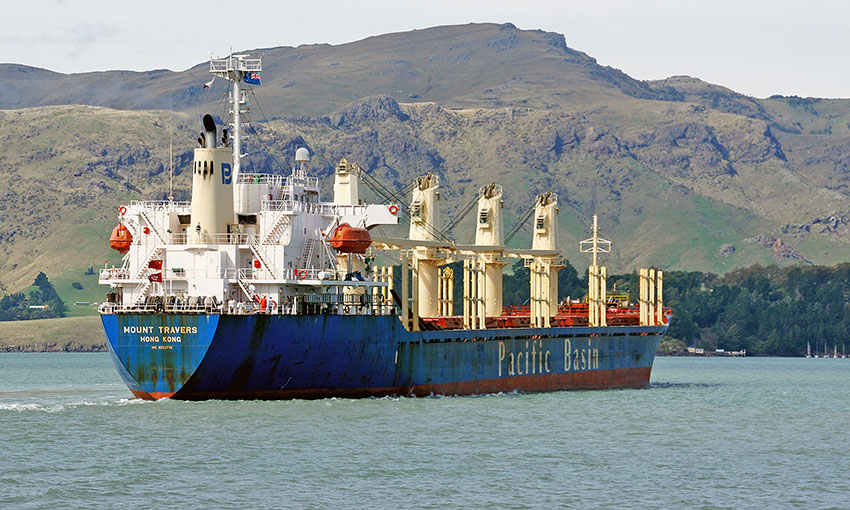 The Capesize market looked to have found a bottom by week’s close as rates descended throughout before bouncing back a little at the end. The 5TC weighted average opened the week at US$7390, descended to a low of US$5826 before settling at week’s end to US$8918.

Both the Transpacific C10 and Brazil China C14 ballaster route priced below the index during the week both showed upticks to close at US$6963 and US$8023 respectively.

The Transatlantic C8 continues to command a premium over the other regions yet was largely left unaffected over the week as the route closed at US$11,325, up +125 compared to end of last week.

West Australian miners were mildly active with fixtures over the last few days but were largely in the driving seat pushing down prices and providing meagre returns to owners as the C5 closed at US$7523.

With the rates finding a floor, there is mixed views on whether there is any drive to lift rates from the doldrums. However, as Chinese New Year is about to begin many in the market will go quiet during this time so odds are stacked against any revival.

It proved to be another week of further considerable losses for the Panamax market, retracting back to values witnessed in Q2 2021. With countless ballasting and spot tonnage unfixed, resistance from owners was scarce as tonnage far outweighed demand.

This resulted in charterers driving down bids – especially in the Atlantic region. Here, rates reduced close to US$4000 week-on-week on both P1A and P2A routes with little sign of abating. Several APS EC South America deliveries reported fixed for trans-Atlantic rounds equating to the equivalent of US$10/11,000 delivery DOP this side, with the quick Baltic round trips now fixing in the single digits.

Asia fared marginally better as Indonesian coal appeared back on stream along with a fair level of Australia coal enquiry. With seemingly strong confidence for the rest of 2022, solid period interest appeared as the one bright spark this week. Several deals concluded including an 81,000-dwt delivery China achieving US$23,500 for 5/7 months employment.

Mixed fortunes for the sector over the past week as sentiment improved from Asia and the Indian Ocean regions.

However, by contrast, the Atlantic lost ground. This did not deter period interest though. A 64,000-dwt open Continent fixing for one year at 116-116.5% of BSI including an option or redelivery Far East paying a bonus of US$400,000.

The Atlantic suffered losses with limited fresh enquiry from many areas. A Ultramax was heard fixing from East coast South America for a transatlantic run at around US$23,000. Elsewhere, a 56,000-dwt fixed delivery Egypt trip US East Coast at US$15,000.

Further reductions this week on the BHSI with both Atlantic and Pacific basins continuing to make negative moves.

In the US Gulf, pressure also remained with a 38,000-dwt fixing for a trip from the US Gulf to the Continent with an intended cargo of wood pellets at US$16,000.

Freight levels in the Middle East Gulf were mostly stable over the week. The LR2s of TC1 have held around WS75, a round trip TCE of approximately US$2,400 per day and are in need of some increased activity if rates are to upturn. The LR1s have been steadfast all week at about the WS97.5 mark for TC5 55k Middle East Gulf to Japan. On the MRs TC17 was tested down to WS183.75 (-WS7.08), a round trip TCE of US$9,334 per day.

West of Suez, the LR2s, TC15 80,000 Mediterranean/Japan have had a welcome upturn with US$1.95 million reported fixed a couple of times bringing the negative TCE from the tens into the single figure thousands. The LR1s, TC16 60,000 Amsterdam/Offshore Lomé have been relatively flat with only a small drop of WS1.07 to WS103.93.

The MR Atlantic basket TCE dropped from US$6092 per day to US$5,045 per day. The Baltic Handymax market has been chipped away at by Charterers this week TC9 30,000 Baltic/UK-Continent is now at WS160 (-WS10). In the Mediterranean, limited vessel availability, bad weather and Black Sea demand has seen Handymax rates take a jump this week. TC6 30,000 Skikda/Lavera has elevated WS20.31 to WS 170.94.

A static week for the VLCC market, despite approaching Chinese New Year. For 280,000mt Middle East Gulf/USG (via Cape of Good Hope) the market remains at WS17.5 while 270,000mt Middle East Gulf/China route was maintained at WS35.5 (which shows a round trip TCE of minus US$5,200 per day), with Unipec reported taking three modern ships at close to this level during the course of the week.

The rate for 130,000mt Nigeria/UKC gained another six points this week to a little shy of WS65 (showing a round-trip TCE of US$3,000 per day) and 135,000mt Black Sea/Augusta improved by three points to just over WS71 (a round-trip TCE showing a few dollars above zero).

In the 140,000mt Basra/West Mediterranean market a few ships were reported on subjects with charterers such as ENI, Tupras and Shell active once again. Rates are being assessed 2.5 points down on a week ago at a fraction below WS30.