The week in bulk: Turbulent seas in Capesize sector 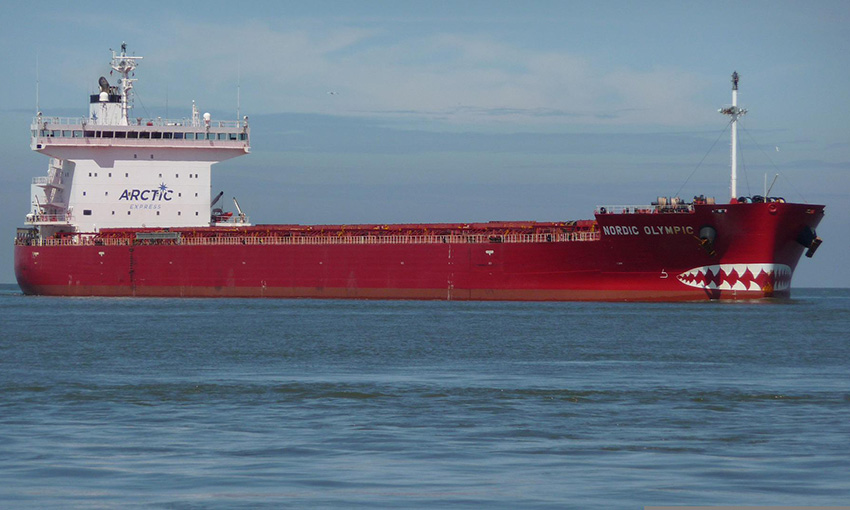 It was turbulent seas this week as global markets buffeted the Capesize sector. Amongst this turmoil the sector managed to find a floor under its recent softening as sentiment improved in the latter part of the week with the Capesize 5TC lifting US$5111 over the week to finish at US$24,776.

Miners were heard to be bidding up strongly amidst a tightening tonnage supply at the end of the week on West Australia to China C5 as it settled at US$13.49.

The North Atlantic was seen to jump in value, despite seemingly few fixtures. They were said to be of high value providing solid signal of the improving market.

The Transatlantic C8 now sits at US$29,994, once again the premium paying region to the Transatlantic C10 at US$22,418. The market looks set to break through on the upside of a recent trading range.

Whether there is enough push to keep the market pumping higher, especially while global markets appear far from settled, is difficult to read. Yet coming into the second part of the year history tells us cargo flows will be increasing while downside from US$20,000 on the 5TC never seems to last too long under owner resistance.

The Panamax market encountered a steady rise this week following recent weeks of falls. A floor was seemingly found on Tuesday, primarily in the Atlantic. However, Asia soon followed suit with improved demand found in both basins.

The Atlantic was for the most part grain centric with decent levels of support found in both the North and South Americas absorbing tonnage open Gibraltar-Continent range. This in turn added assistance to rates to the Transatlantic runs the latter part of the week. A 79,000-dwt delivery Cape Passero agreed to a rate of US$23,000 for a Transatlantic round trip, typifying route P1a levels.

Indonesia coal demand appeared the main driver for the Pacific this week with plentiful activity. And, with an improving EC South America market, the south was well supported. An 82,000-dwt delivery South China agreed US$23,500 for an Indonesia to China trip, the highlight of the week.

A rather positional week overall. Whilst some key areas such as the US Gulf lacked impetus, from South America better opportunities were seen. Similarly, from Asia, mixed blessings as Indonesian coal business ramped up there was little fresh enquiry from NoPac and Australia. However, although some said period activity had renewed interest, few fixtures surfaced.

The Atlantic saw the ultramax size now seeing in the low US$20,000s plus low US$1,000,000 million ballast bonus for East coast South America fronthaul business. By contrast, an ultramax was heard fixed for a Barranquilla to Argentina under US$20,000.

Meanwhile, a 55,000-dwt fixed delivery Passing Singapore trip via Indonesia redelivery China at US$29,000. Activity from the Indian Ocean saw a 66,000-dwt fixing delivery Hazira trip via Arabian Gulf redelivery Chittagong at US$34,000.

During the week there were more significant drops from East Coast South America, as well as the US Gulf, due to lack of fresh enquiry.

In Asia, brokers spoke of limited fresh enquiry for prompt tonnage and numbers started to soften. A 44,000-dwt open in Singapore was fixed via Indonesia to China at US$29,000. A 29,000-dwt was fixed from Loukou via North China to the Arabian Gulf at US$24,000.

The BCTI continued its impressive rise in recent months with the index finishing the week just a shade over the 1700 mark. In the Middle East Gulf freight levels earnings have continued to grow as owners are feeling able to push for higher rates on the back of plentiful cargoes.

And, with more July stems expected, it seems likely that the numbers seen so far could be pushed even higher. LR2s have been very active this week with WS300 (+WS72.1) done on TC1 75k Middle East Gulf/Japan (equivalent TCE of US$55,409/day). West of Suez, on the LR2s, TC15, 80k Mediterranean/Japan, has also seen improved sentiment increasing from US$4.2m last week to US$4.6m.

The MRs of TC17, 35kt Middle East Gulf/East Africa, came off 101.66 points to WS459.17 (equivalent TCE of US$55,569/day).The LR1s on TC16 60k Amsterdam/Offshore also improved on last week’s activity with at least one vessel fixed for a voyage at WS270 and with expectations for higher in the coming weeks.

On the UK-Continent, MRs saw the TC2 (WS365) and TC19 (WS374.29) softening in tandem together as owners are currently less willing to end up in West Africa due to high bunker prices and repositioning costs.

The 80,000mt Ceyhan/Mediterranean market saw a continued ascent this week, with rates improving a further 21 points through the WS200 barrier to between WS202.5-205 (showing a round-trip TCE of about US$41,400 per day).